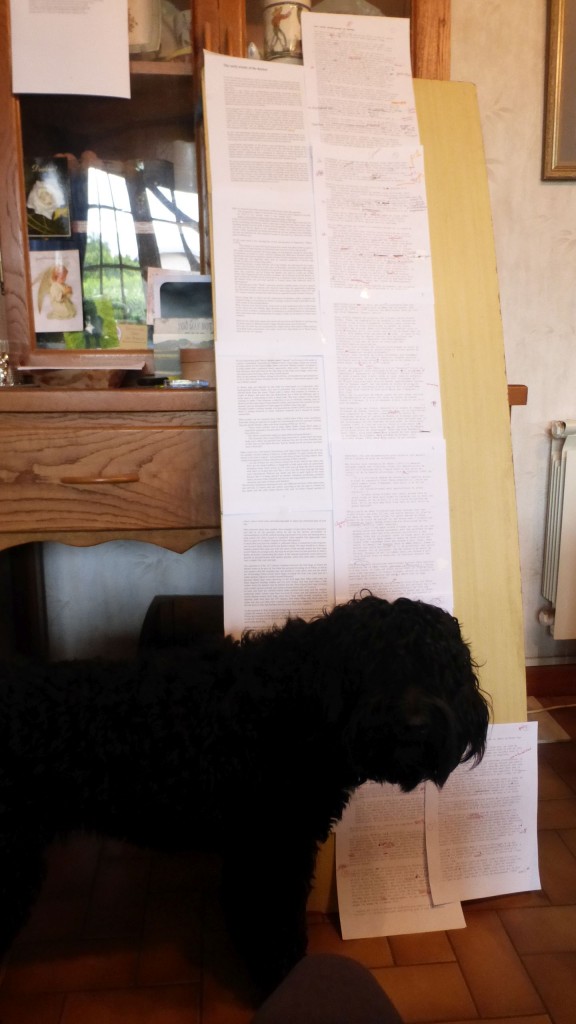 The “real” history of bearded breeds and of the Barbet, of course is in process..the first part has been done as far back as can be FACTUALLY documented,

cross checked . It was written by someone who is THE dog historian, known in those circles , not really ours…

I have been translating it into French so that the country that logged him in a French breed, can get the “real story” and not work with myths or legends ( as many breeds do). This has been my mission for the last 10 years and am glad that with Leendert Bosman’s in depth work, we can perhaps finally eventually put an end to the Barbet being the ancestor to the poodle myth and think (and laugh) about the fact that Henri IV’s mistress who is said to have gone to church with a Barbet around her neck…if you look at the Barbet even at that time period, it just could not have been possible…so this petit barbet was a petit poodle which probably only weighed a few kilos( sort of like a sleeve dog, in vogue at the time) and not 20..or poor girl would have collaped under the weight, eh ( remember she even had a monkey on her shoulder..).  A petit sleeve dog could not have ever carried a rabbit…when you think about it, which none of us really do or did. Won’t get into the Buffon myth, that’s coming up, shortly, with more reasons to laugh…

In the meantime, I finished the translation of this text into French (on the train and the plane to the USA)( kill 2 birds with one stone, since all I could do is sit there). In the photo with Iabada( daughter of Ulysse), I am crosschecking that what is said in French corresponds to what Leendert  Bosman wrote in English so that there are no mistakes. It is fascinating, really!

Tomasz Targowski has it on his site:

..;and IF you want to download it, go to mine.Take a real close look at the pictures and notice that the Barbet at the time was NOT a curly breed, and that it WAS a chien à gros poil, as said by Pr Triquet, in 2012… ( there were curly bearded dogs, but were they Barbets? Not sure), that came much later. Some exciting times coming up for Barbet history.