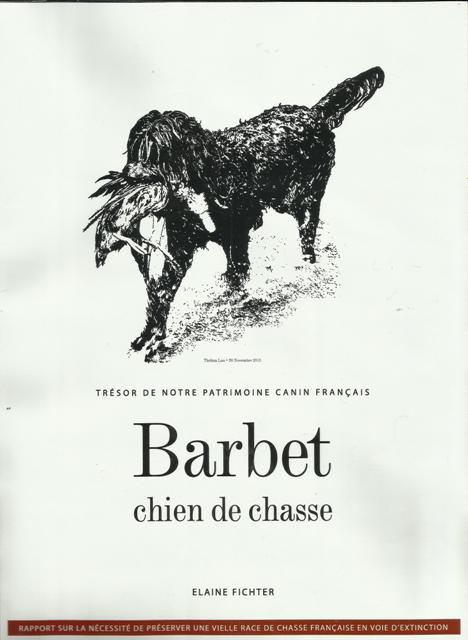 I am now able to do what I have been wanting to do for several years now. I know that dear Georgy up there, would be nodding his head approvingly at this initiative. Initiatives come from ideas and originally back in those days, Georgy was hoping that the Barbet could go back into the 7th group FCI of gundogs. Even then, my little experience in the Barbet world told me it would never happen…regardless of what I thought (or Georgy’s expressed wishes).
So, we had to go down(?) the other road. The other road being the one straight uphill.
The most challenging one! Maybe that’s where the Georgy Challenge Trophy comes from…!

Anyway, I am writing a major report on the Barbet: Chien de Chasse. Thi is the first time it is being done for the breed since it’s standard in 1886. Which lines work, what/who their common denominators are, meaning which dogs, and how the Barbet works. Testimonials from professionnals are included. It will be “published” and usable by those who need it ( with permission, of course).

The objective being the SCC and its President, who, back in 2010 at the Annual General Assembly stated he would like to see the Barbet doing what the breed standard calls for: work.*

If you have any information that would be of interest in the country you are in and you have a real “working” Barbet, I would appreciate hearing about it to add you to my statistics.I have some information but I am sure I am missing some.

* work : not obedience, not agility not any other activit but gundog activities. Why?
A pig can do truffles, and any breed or even mutts can do agility or obedience, or be guide dogs, for that matter, but not all breeds can point.The standard for the Barbet was written for a Barbet d’Arrêt.

Ps: I do not need TAN’s or VJP’s ( German). There are no working champions in the Barbet world or are there? ( Champion de Travail, not beauté en classe travail)