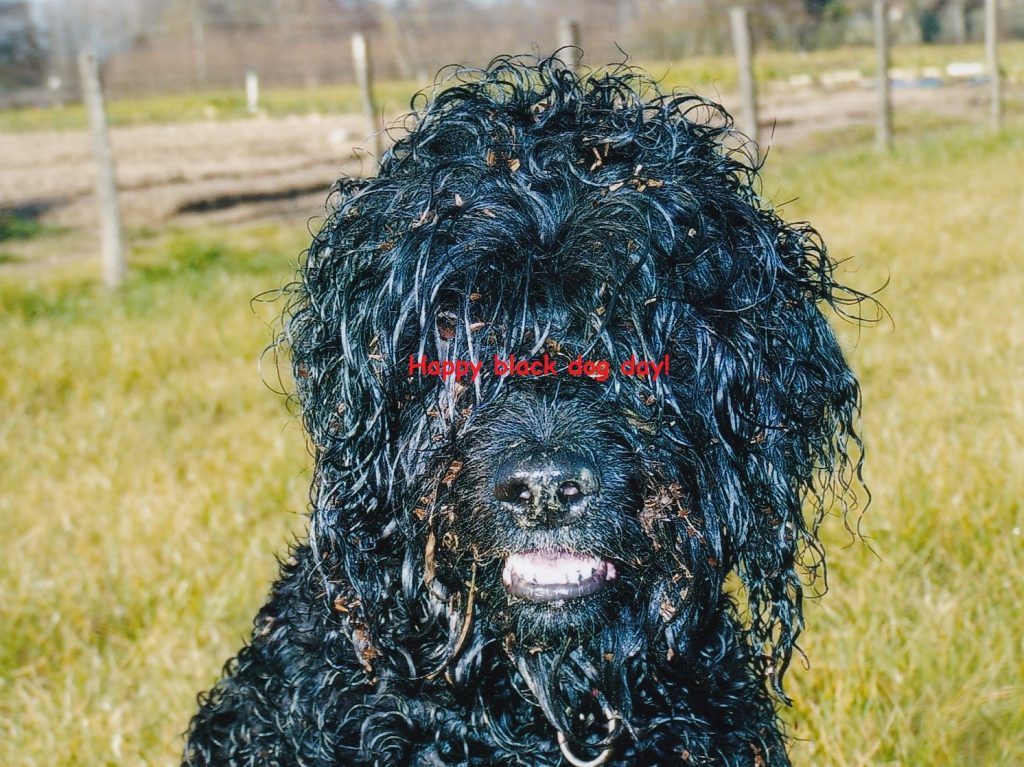 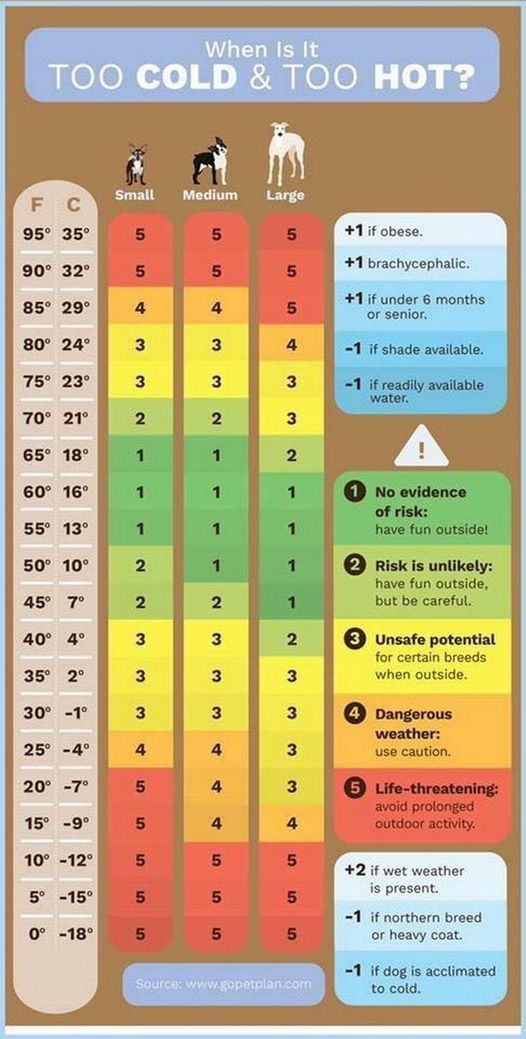 Your dog does not need that walk on hot pavement or when it’s just too hot. Stay home! Put a mini swimming pool out to refresh him or her. They will appreciate it. 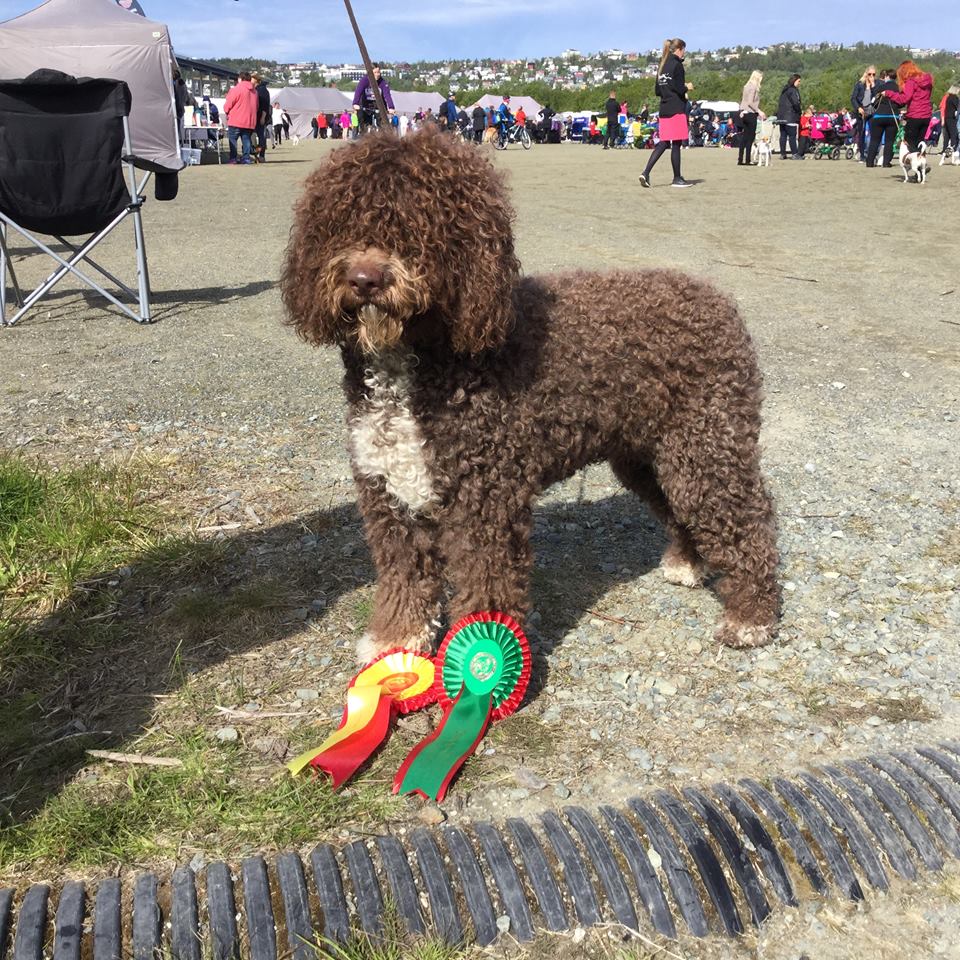 She has been reunited with her  very loving owner… 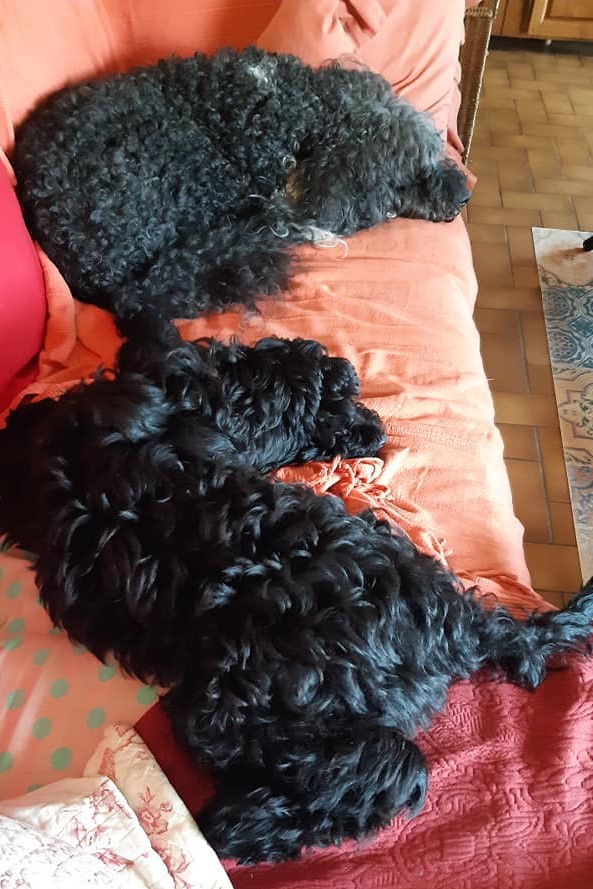 With Compay on the couch 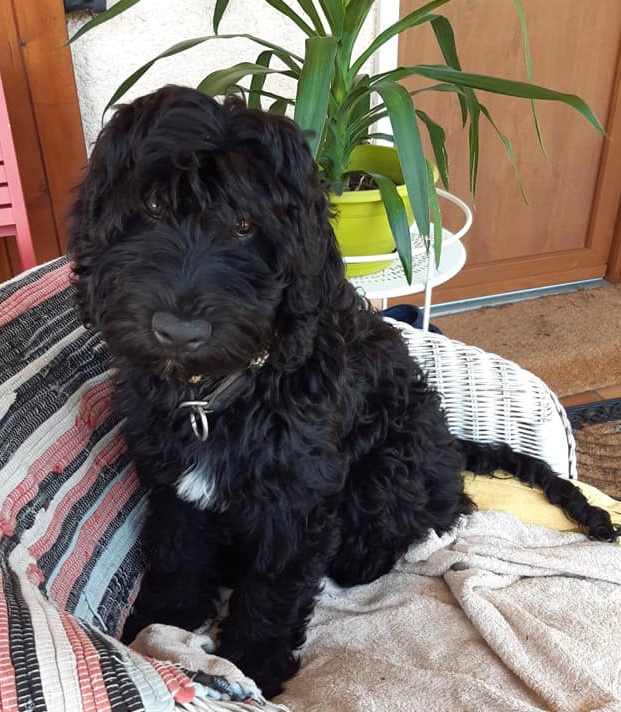 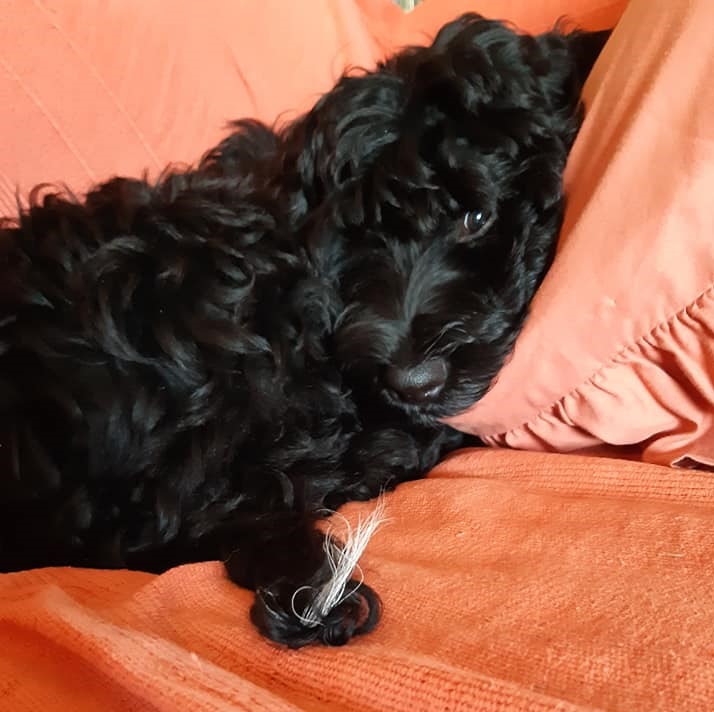 A very interesting observation in France is that the majority of Barbet Moderne pups born this year will have been born and raised in a barn ( there are NO Vieux Barbet breeders).

Whn you think that in most countries,  there is such a “mise en scene” to promote one’s breeding and promote a breed that they want you to believe they are saving from extinction.  That’s absolutely a myth that was promoted by a Swiss breeder and her minions, which at some point will come to a head when the breed club representative is promoting dogs born in a barn with a bale of hay a week, same studs user and over and over, females being used and re-used.. . Consequences of total disrespect of any ethics. 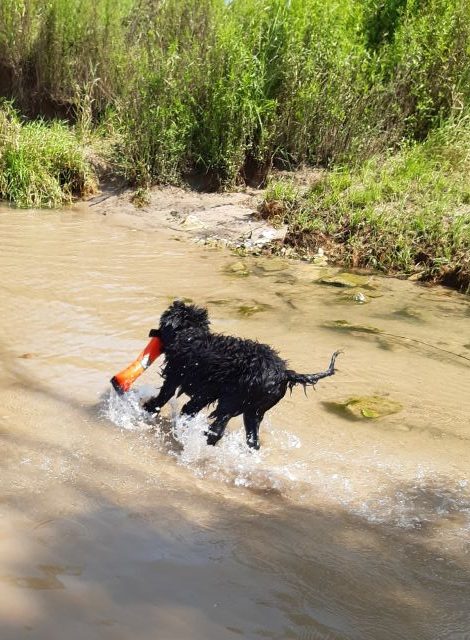 Off she went, after stealing it from Vennie. 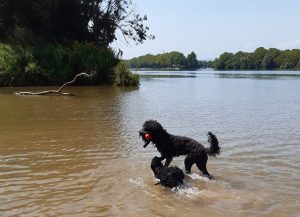 Never with sticks…Vennie is a good teacher and very patient! 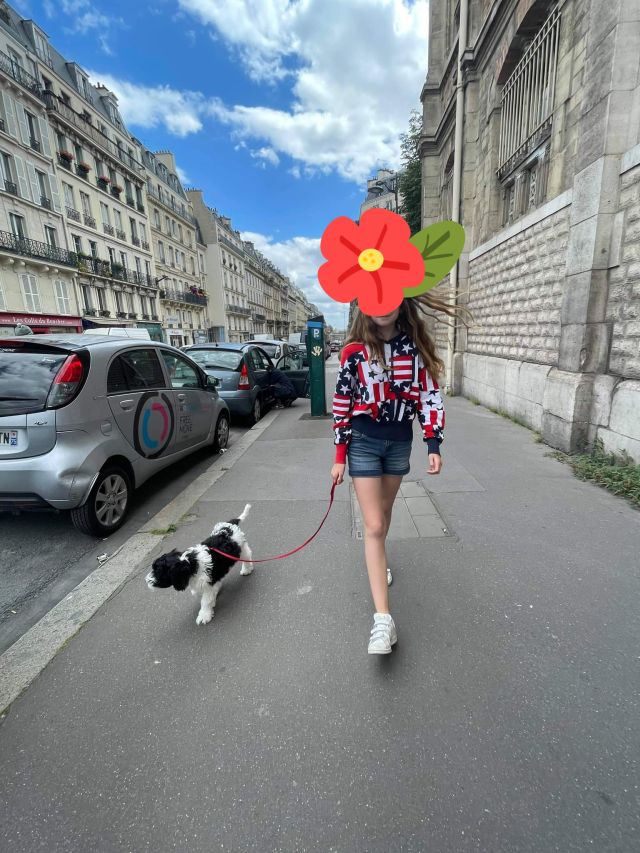 Dear Vennie, is anxiously awaiting her turn to be able to participate in their education… She is very stoic about the whole thing.She flushed a duck the other day..and  merrily  walked  away.. 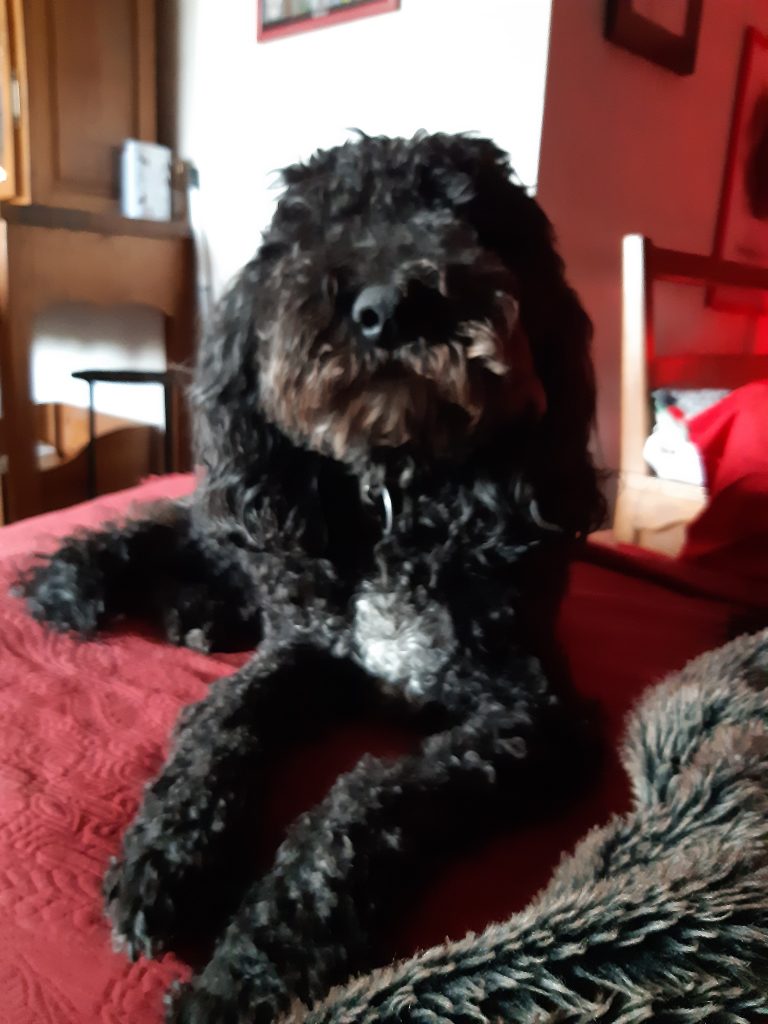 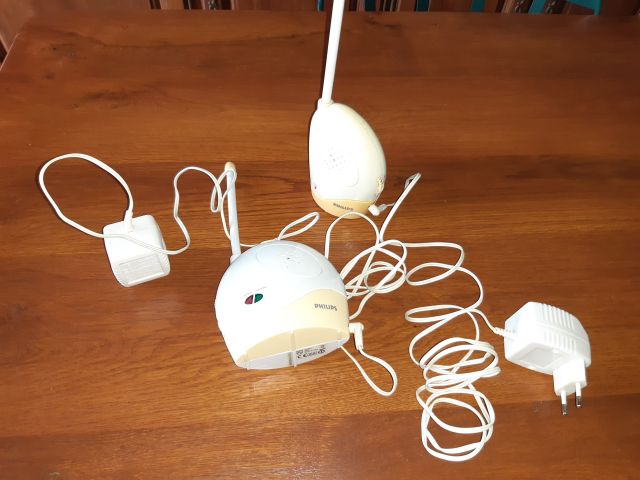 Mom and pups get dewormed. Walkie Talkie is set up so perhaps, I will be able to sleep in my bed tonight…helping is 24/7 to get the best results. 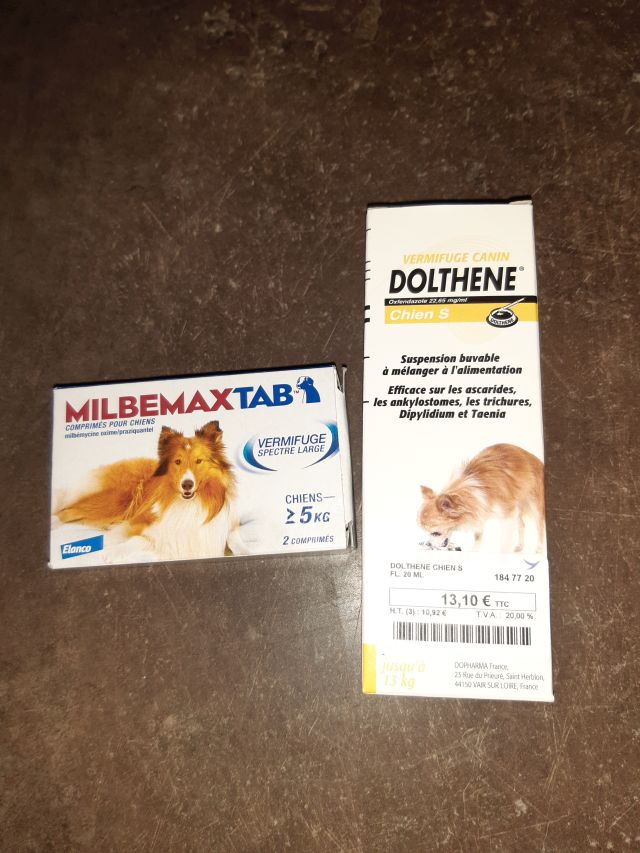 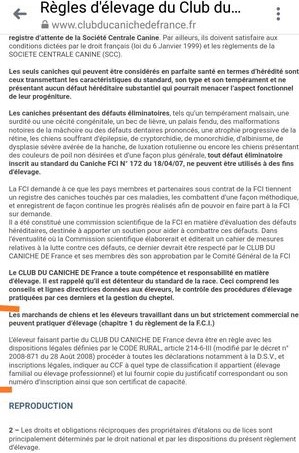 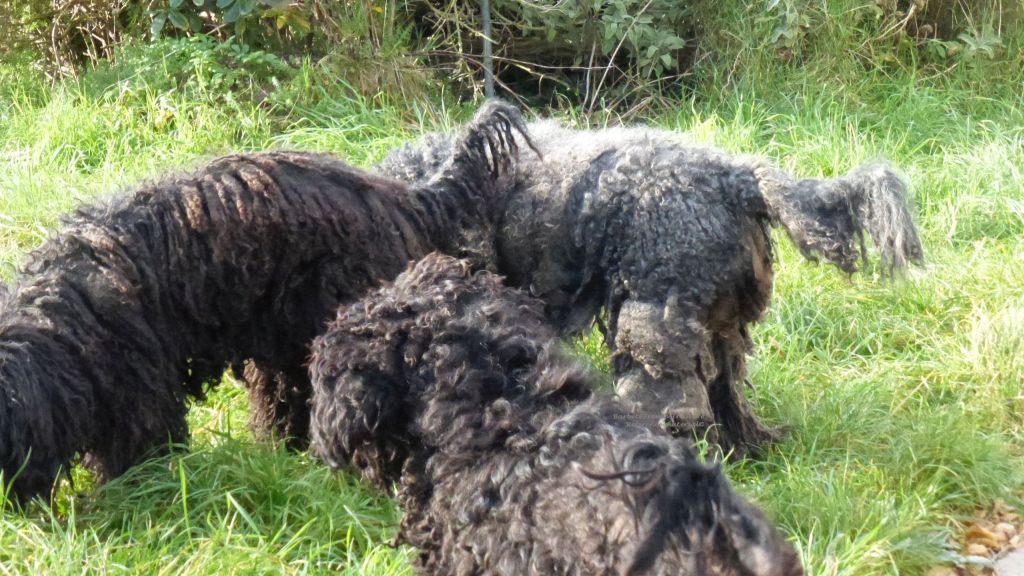