Hindsight being what it is..In a litter, there are several types. They all come from what ingredients were put into the genetics. Happy Birthday to all of them! 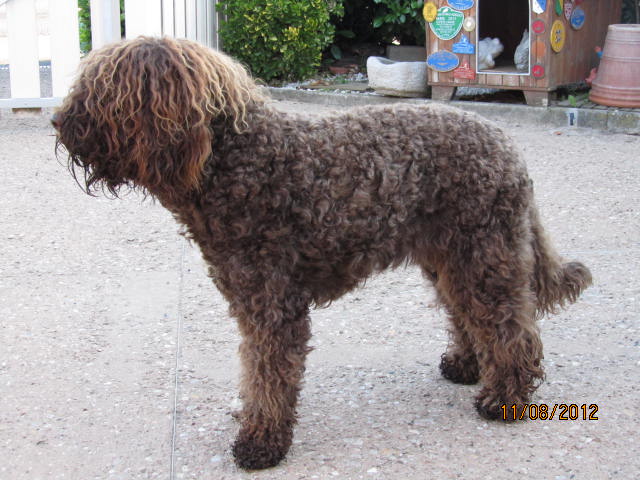 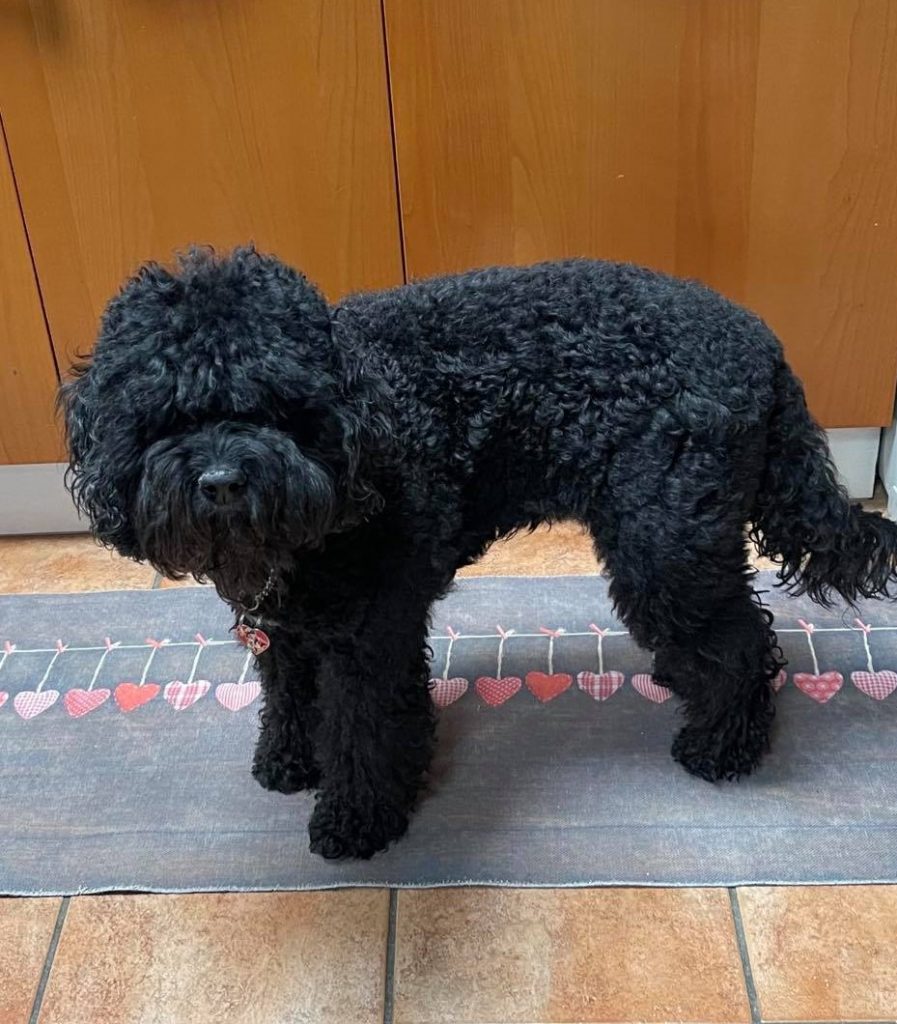 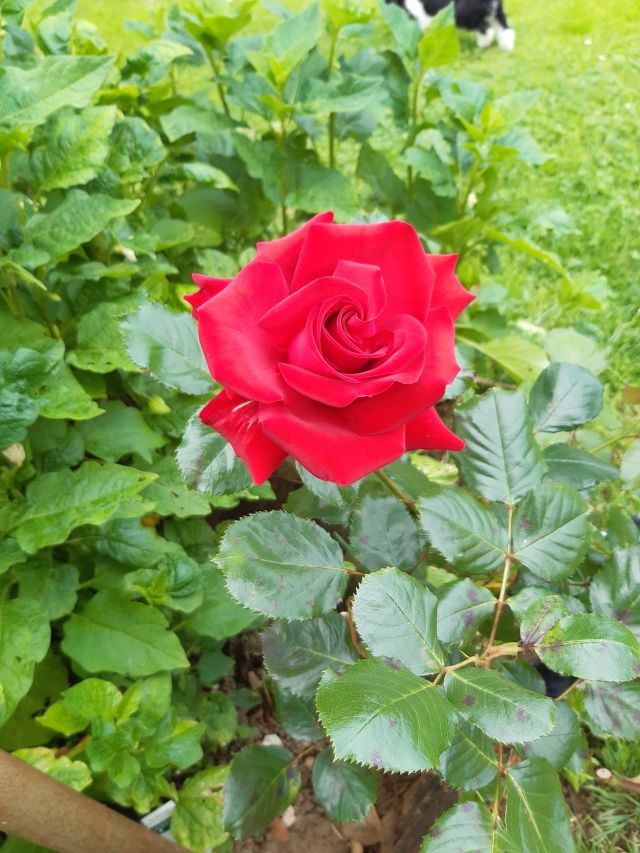 A rose is a rose is a rose,* but as far as the Barbet is concerned, it certainy is not. It is very hard to watch the slow destruction of a breed by those who took the easy way out,….when they did know better, eh? Thank you, all of you and you know where I am coming from.

All these people ought to be kicked in the teeth, at least. Yes, you too.

A groomer’s perfect specimen. Severeal hours of weekly grooming. This is the new breed. They are very easy to find!

Here’s the short version of the 3 lil’ musketeers who grew up happily.. well, 2 of them since the 3rd disappeared off the radar.  Everyone is happy to get their pup and so happy to have a real Barbet of the old line.. and Barbet 2 on D-day starts to negotiate the price..so, she won a few€ for her pleasure and off she went. A few weeks later, I get a call at 9.30pm..her vet said a testicle was not there and blablabla (not true).. and I said,  “well, I’d have to see it.” And off the radar she went. So, morale of the story? If someone does it now? I send them straight to our professional breeders who will sell by color, and a female if you want. No no, no go with me. I get these calls regularly and off they go to get a dog by the name of Barbet Moderne. Ladida. I ask them and do not even spend time answering. And yes, I do understand that they have not a clue beyond the word “Barbet”..and the name is all they want. Not for me. 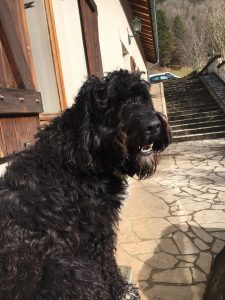 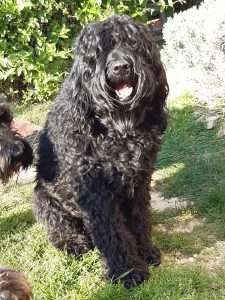 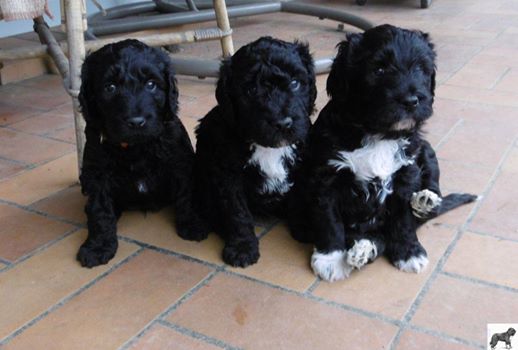 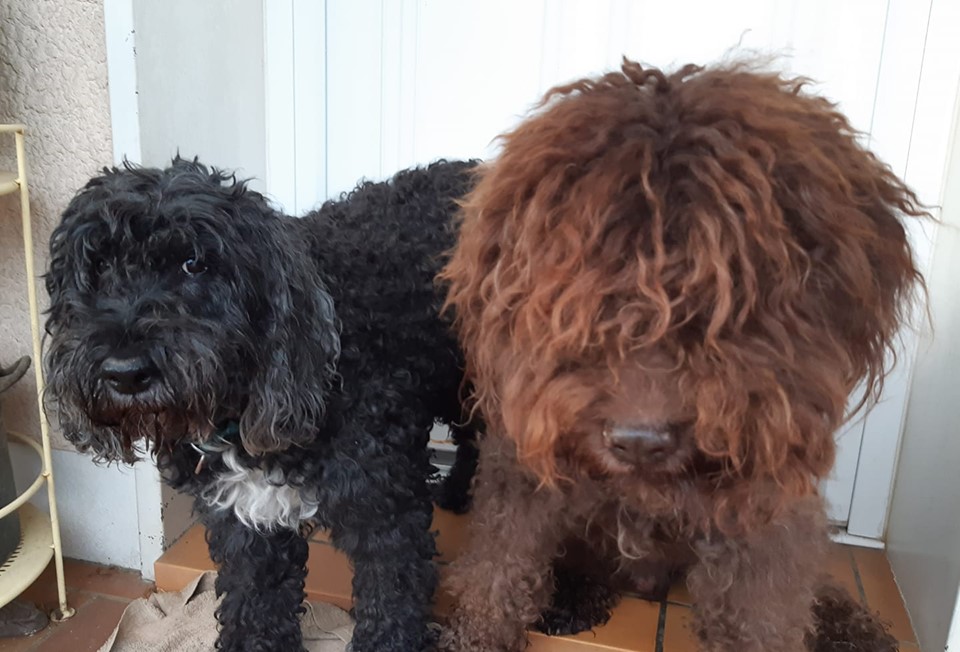 This really makes me angry. Let’s say some of us know the sitution of the Barbet ( Old and Moderne)..and some breeders sell anything to anyone who asks( remember you are saving a breed..!hum…), never mind anything, like background or history. Some people are very misled into thinking they have a gem.. THE best dog in the world…Well..now’s the time to look into this very sad issue. The dogs will be up for adoption at some point.

They won’t be charging the astronomic prices some change for a cross-breed..and these dogs deserve their socutesonice owner, too. Not everyone has a Barbet for shows/ ego trps or financial reasons ( making puppies and selling them socutesonice). Some just want a nice dog from a real good breeder. That is quite obviously becoming too, more difficult since we have more puppy farms and overbreeding..

Since 2011, I have been there and been there. I have never ever promoted a link to those networks, nor advertised selling puppies. I do not tell people I am there.. You can sell and promote anything under the sun and I feel as a non-breeder that is contradictory to my code of ethics. The way some deal with information is extremely frustrating and so is the lack of solidarity, unless it’s to save rescue dogs and promote cute kitten pictures…Many leaders, have been particularly useless people, extremely frustrated  would-be breeders. If they had made proper  breeding choiceschoices, by using their critical thinking skills and doing research…..but did not, and often they hold positions to pour their hate of the breed… and feel the need to shine in public to get even, while others gawk. 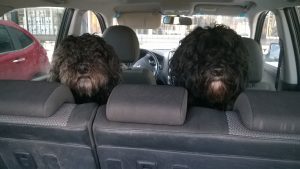 They do their best to take up space and I suspect, show their frustration. You get a dog for 12? years and if it starts out on the wrong foot, it ain’t gonna get better..unless you dump the dog on someone else. You can’t, so then? You can’t shine ..which is why social networks are the way they are. So be it.  Life is not a socutesonice picture of  life..sadly, it shows in their actions.

Iabada, birthday coming up. She will be 5. 53 cms 20 k. Represents the old breed orVieux Barbet: threatened with extinction. Cute and nice. 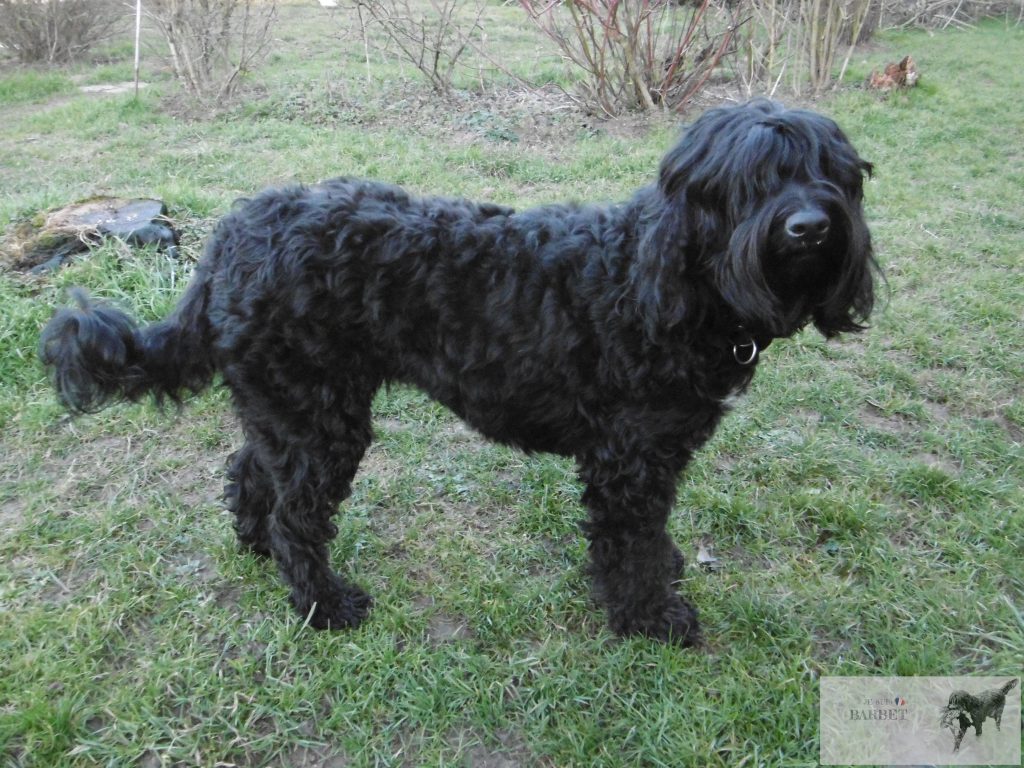 Dis moi Duna, birthday coming up. She will be 5. 57 cms 26k. Represents a perfect  the Barbet Moderne, rare breed..not threatened with extinction, because re-created in the early 1990’s. Nice, tall and heavy and square. Nice and cute. 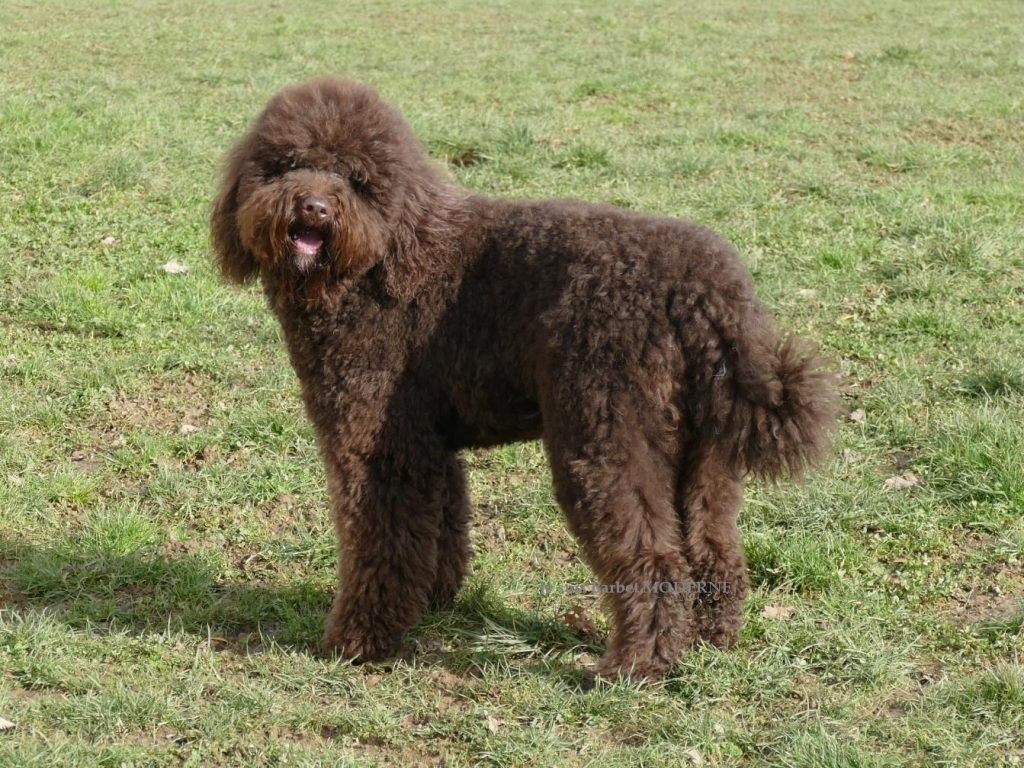 It is becoming extremely difficult to have a litter. Like the Titanice avoiding icebergs. Reasons are not the obvious ones..there is more and more demand, but “just” for a barbet ( small b, so generic furry dog) and not for anything specific..People are not informed and are not really willing to go in depth when researching and asking breeders intelligent questions. You live with a dog for 12/13/14? years and when you buy it, it’s yours. Barbet re-creation ( Barbet Moderne) is based on a myth and lies, covered by governing instances, like Napoleon being French and having a Poodle/Barbet..which he was not and did not…Breeders are not real transparent as to how and why they do what they do.

So, when you have seen the people who want a dog “just” like yours and you find out the got a Poodle-type, then a big sigh of relief sets in.You did not waste your time..

You have the ones who “just” want a pet and ad un tratto  they decide that it would be nice to have a litter..and mate a 5th generation “Old breed” with a Poodle -cross, for proximity, and because the not very responsible stud..owner thought it would be socute and nice to get a few $$$.

Then you get the ones who swear up and down they ..”this” and they “that”. They know it all..there is only one Barbet stuff..there are many…If they tell you that, then that IS a clue that they ARE lying.Red Alert!

We have a big joker breeder here in France, well more than one, but I am referring to the one who lied about paternity of her litter(s), not once, not twice, but maybe even 3 times..is still claiming to be the big great breeder she is ( after having been given a big Barbet kennel name) made a mockery of the breed, und so weiter und so weiter..We did forget to mention she was so cute and so nice, like everyone on social networks. DNA has spoken and left quite a few disappointed people who thought their dog was a gift to the world..and it just lost 1/2 of its pedigree..responsible breeders..have nothing to say and lay low.

I do my best to not promote my litters on social networks, since many are real trashcans to dump misleading information on and…”just” sell( place dogs as one says more elegantly) dogs. Not a safe place to travel to, in this very unsafe world of ours.

The meeting pages/forum?( redefined) are run by very unprofessional people looking for fame, at least and running pages like dictators…of course to hide their incompetence.

So, in a nutshell..the Barbet is not safe anywhere, really ..and having a litter is a lot of work when you think of what some do to the breed and its future.

I will have one again, in due time, beteween Froggy and Iabada, since the last one was really really nice and all the dogs I am in touch with, make me proud of my work for the OLD BREED or VIEUX BARBET.