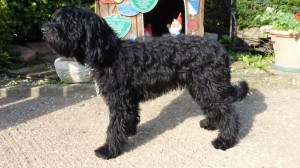 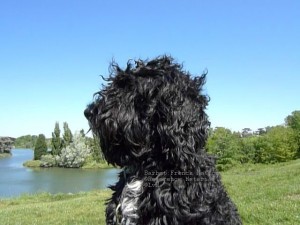 Below is on the left is Weinhex, breeding from Mr Georgii’s line/Mrs Pêtre. If you happen to look at the pedigree, it is not correct….Then, in the middle: Outdoors Abergavennie. The head, the muzzle and the expression is what is very much similar. This line also produces sand. 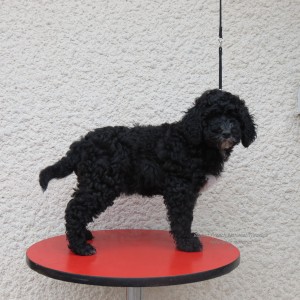 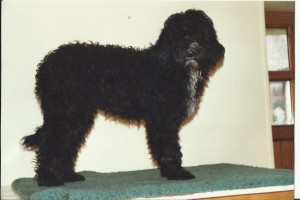 Between these 2 lines, overall most of the old colors of the Vieux Barbet have come back.

By looking at pedigrees ( when you knowhow to read them properly) and if you know the lineage, you ought to be able to have an idea of what lines you like.That would be one reason for understanding them.Not all Barbets lookalike. Some do, some don’t at all.

As many of you know, I have been working on this subject for years and years and waiting for more births to be able to line things up, so it is a very slow process and you need to be real patient. Then, it’s extremely difficult to get photos after pups have grown out of socutesonicepuppypictures and start looking like someone in their ancestry! The pups disappear into thin air, for most of them.

Here’s a simple example. Look at the 2 heads and think about who they look like.Here you can “see” the influence of Coccolina/Verveine and the baggage they have behind them. I have been racking my brains for a long time because I am sure that even at the beginning of the “re-incarnation” of the breed in the 1980’s and after having read and re-read some of the old letters of the all out war of the 80’s, I know they had to go underground to survive….not a new concept. It’s summer time and I have a bit more time to think and I think I just killed 2 birds with one stone… and solved a situation that is most important to me. On the right is Neptune, B. 1977 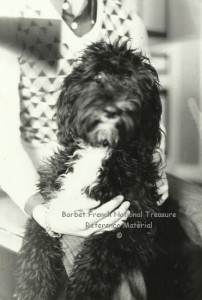 On the left are 2 von der Leibrücke Barbets. And below, a descendant of Ulysse, in the USA ( daughter of Disco). Look at how the hair grows on the nose, and down from the top of the head. No tight curls, but open curls.

Thanks Stacy…for letting me use this photo! 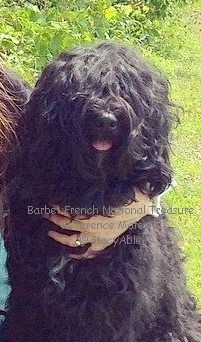 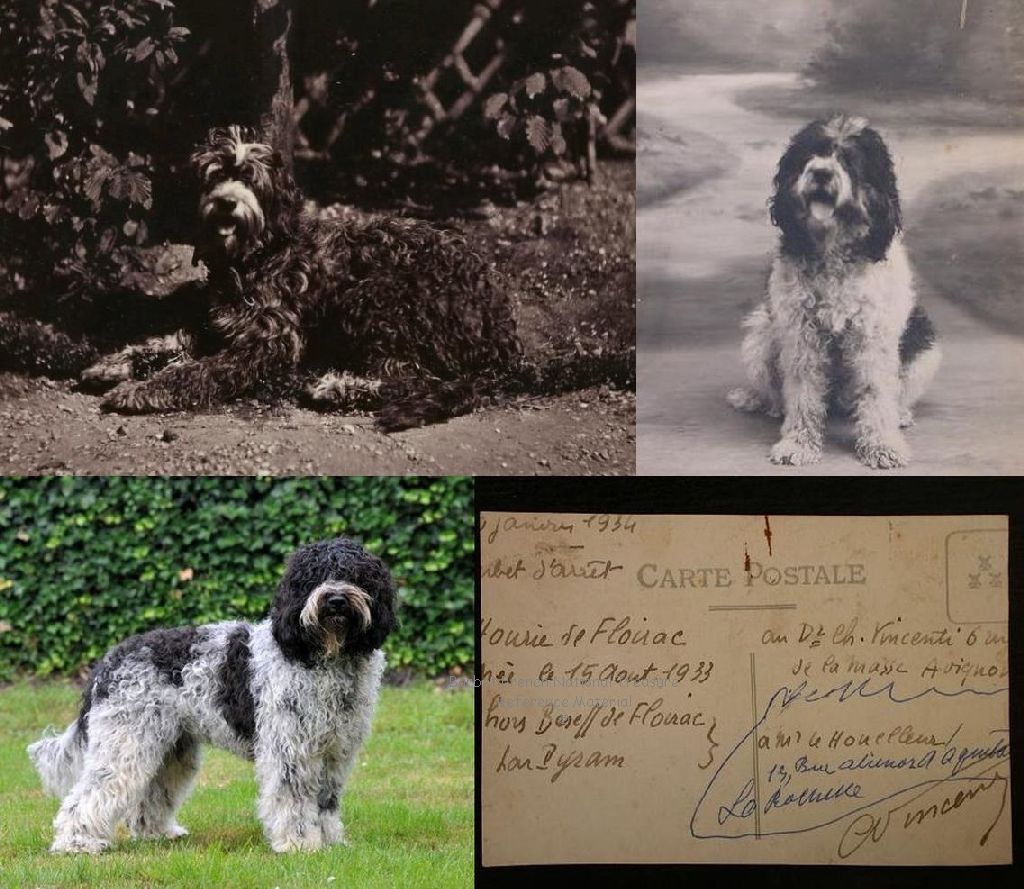 So, maybe WE cannot prove they go back to this Griffon Français of 1863 (black and white photo), but the Barbet (d’arrêt) is French and it is a Griffon and the TYPE that we are working on is similar to the one from 1863. I think with the baggage we inherited from Mr Georgii, Mrs Pêtre, the Ayme brothers, Dr Vincenti and Mr LeHouelleur, there is a certain continuity and logic. Now perhaps we cannot prove this or that between 1945 and 1970, but neither can many others and that has not been held against them, now has it.

Now IF what I am doing was so totally ridiculous, why would so many spend their time analyzing everything I say and do, as if I were the one under the microscope.

We suffer from generations of hybrids since the re-incarnation of the breed that have totally changed the look of the breed and of all the people mentionned above, am I not the only one left in FRANCE to defend the values of the VIEUX BARBET? You tell me

On the left are 2 von der  Leibrücke Barbets. And below, a descendant of Ulysse, in the USA ( daughter of Disco). Look at how the hair grows on the nose, and down from the top of the head. No tight curls, but open curls.

Thanks Stacy…for letting me use this photo!

This is Cobra…now there is a “situation” here with the pedigree, but that’s for later.Look at the profile and the tail. 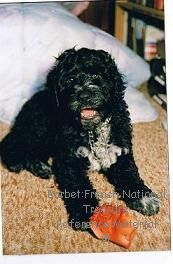 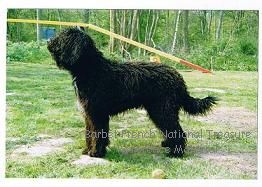 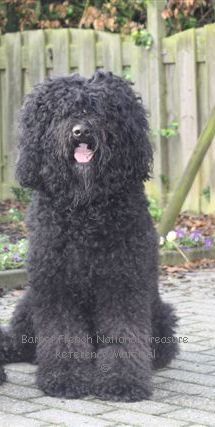 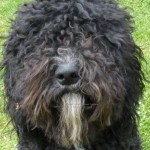 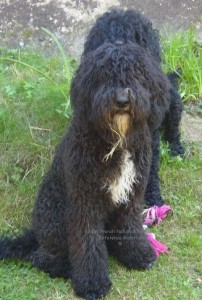 From these few photos I have, it would appear that through Udine, they do go back to Cobra. If anyone wants to contribute, feel free to and it would be appreciated.
Some Barbet were curlier than others, it’s evident but morphology should be similar.

Coccolina/Ver
veine are NOT in them, but it does appear that this line and the one above posted, both go back to AT LEAST Cobra.