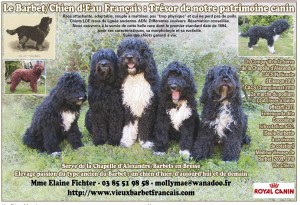 Get back to the real roots of the breed. The breed when it separated from the Poodle. The breed the standard was written for a Barbet d’arrêt or gundog, in 1886.

I also would like to pay a tribute to the breeders who have brought us our treasure, the Barbet: 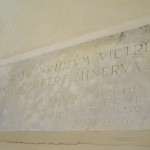 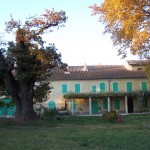 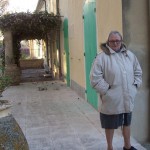 The Mas de la Chapelle, in Graveson, France and Mrs Pêtre, daughter of Doctor Vincenti who started breeding again in 1970, 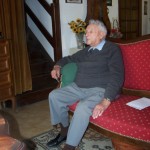 Mr Ayme, back in 2009 at his home in Ste Marie de la Mer, where Mrs Pêtre and I visited him,
his descendants  in Graveson who carried on breeding to handover to Mrs Hélène Pêtre, honorary member of the French Barbet club since 2006 ( Barbochos Reiau de Prouvenco kennel), Mr Philippe Séguéla and of course, Mr Rainier T Georgii, a German national who helped defend our French treasure, or vieux Barbet Français as long as he was able to.
I think the above people detain the roots of the Vieux Barbet.
It is not becoming any easier because the Modern barbet based on crossing many Poodles and here and there adding a cross to lower the inbreeding, is spreading.

Because the Barbet is not a prototype for the poodle. We are certainly outnumbered by the Modern Barbet and professional breeders whose objectives are more financial that “just” saving a breed from extinction, and them being swiftly managed abraod and seeing that the French club is having a hard time getting their head around the breed, well what was meant to happen, happened!

Many breeders are in it for other reasons than the breed, unfortunately as is the case for many rare breeds. When they stop being rare, they move onto another one.Seeveral have come from other breeds.
We all say we work hand in hand, but we can’t all say we have researched our breed.
I am ever so grateful to the people who have the same values I have as far as breeding practice is concerned. A special thanks to Philippe Seguela, of the Barbet website in France fame and his relentless work for the breed. 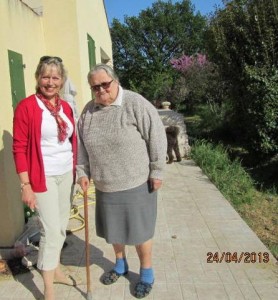 This is a photo of Mrs Pêtre and I. We have been working together on the breed for 10 years now.I am extremely proud she has entrusted me with her and her father’s documents. 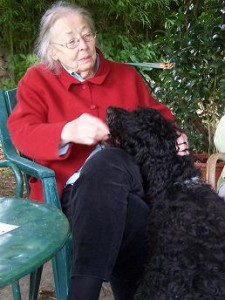 Mrs Le Hoeulleur-Sevestre shared her souvenirs with me. She also let me use her father’s documents, photos and pedigrees to help in the survival of the breed, with true facts. I visited her and her family in 2009, in Floirac, Dordogne. 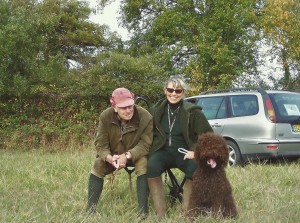 How grateful I am to Mr Rainier T Georgii and his compagnon Mrs Fischer. His name is now often used by many, as a reference! Some of these people had never even met him.

His last litter, the Poppenspaler’s C pups is the last litter he produced. He had nothing to do with anything that went on after that time or breeding choices made. 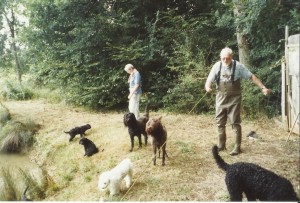 I really like this photo. It shows Vincacao, Thelma, my poodle Ashley and most important the “U” Barbochos Reiau de Prouvenco litter as pups in 2003.The photo was taken at the Leobonnerie, in Bélabre, France. 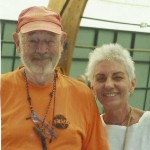 Needless to say that my friendship with Mrs Ezia Zagone started back in “those days”. It has led to a major accomplishment for the breed with Ulysse! Imagine 10 years ago, if I had known……..what I know now?!

Since then, lots of people have sollicited me, got the information they wanted and carried on their merry way.