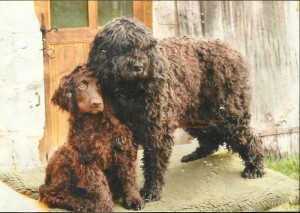 Have you ever thought why some used “this” rather than that? No? You have been spoonfed distorted facts for years? You have never worried about it?

If you sat down and thought for yourself, do you think it would help?

Well, perhaps, some of you ought to sit down and put your thinking cap on? Might be high time for it.

The one who said their Barbet was a hunter and it is a nice friendly type, brown  color that doesn’t fade..;do you think it came from the hunting line it belongs to or also the IWS natural ability to hunt?

Breeding just to breed is not called selection. Real breeders can justify their choices.

Can you? Do I ask too many questions? How many can you answer on your own?