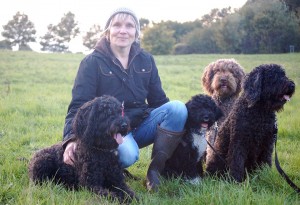 If you look at the little black and white one, on the right of Illo ( Da Capo Barbets in Germany), you will see a little dude called Crokus. He is the son of my Elasamba who lives in Switzerland and he is from her second litter.

He is very typical of Coccolina’s line, ands what’s funny is that he looks exactly like a Compay as a pup, below: 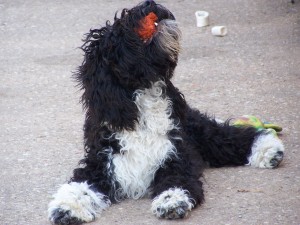 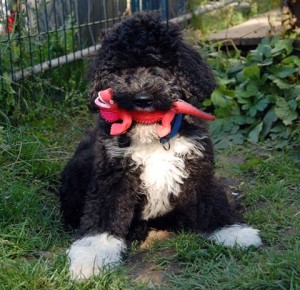 Compay had been originally destined to go to Germany in 2007 and I decided to keep him as a pup to see if his teeth would be ok, and guess what: they were perfect ( so I had to keep him, he was too wonderful). Same thing happened with Crokus and he finally ended up in Germany 6 years later!

They have so much inherited from Mom and Grand-Ma. They are all a pleasure to watch. As in any litter, half inherit from mom and half from Dad. Thank my lucky stars!