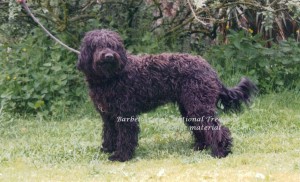 Ulysse di Barbochos Reiau de Prouvenco. As you may or may not know, Ulysse has been forbidden to reproduce in Switzerland for lack of tight curls. So, after he was born in France, moved to Switzerland, not allowed to reproduce, we had to go through the whole rigomerall to get him confirmed in France so that one of the last true Barbets in the world could continue to be used…Let me tell you…so much adversity, but when you look at the results: you say and I hear you agree with me ” WOW, It was worth it”. Ulysse is in his 10th year and he is very healthy, contrary to what is printed in some media. 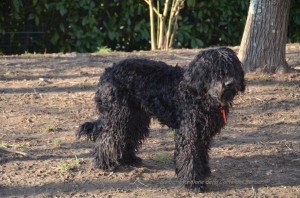 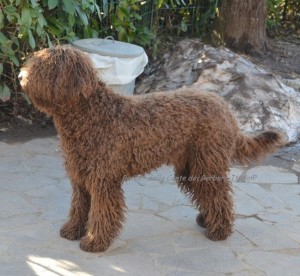 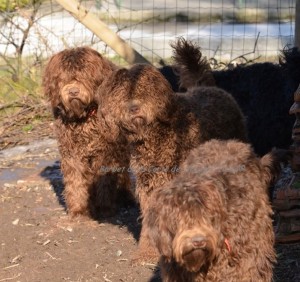 Yes, you have seen those faces before: Beauté di Barbochos Reiau de Prouvenco, who never reproduced. She is dead now, as she was killed by a boar. Yes, you read it right.

I think my dear friend, Mrs Ezia Zagone has made her point, hasn’t she. This is the first time these photos are out. What is important here is that all pups look alike when they are small( like in many breeds). We know that.  They have to grow a bit to show their morphology and breed chracteristics. Not easy to do when they often disappear after being placed. This way, the breeder controls the entire chain of command, so to speak.

I think we can see the point made here. A heck of a lot of work….

A Barbet line to be continued, now that it has shown its many talents!