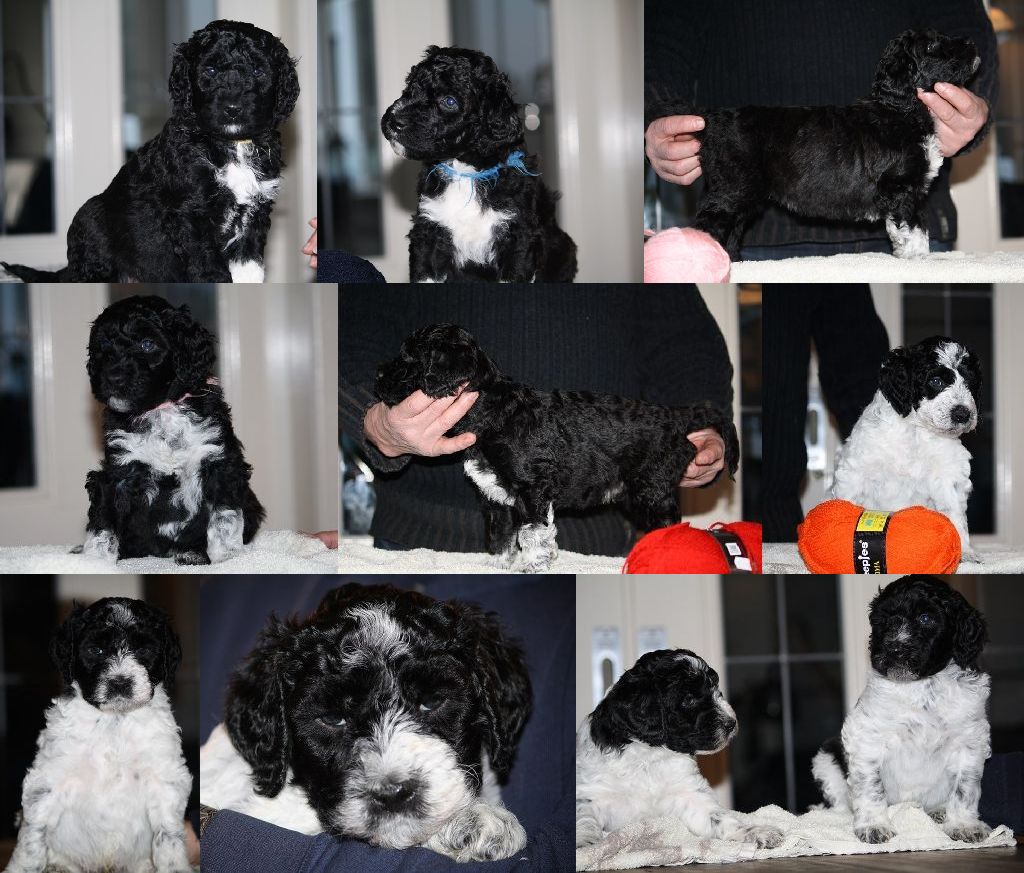 This type of litter doesn’t happen either by snapping fingers…It takes a lot of collaboration,  a long time, meaning several years of work ,great dogs with great pedigrees and a strong breeding plan and trustworthy people.

I have said  and resaid, I have no claims to be a professional breeder, I did what I could with what I believed in to lay my groundwork. People followed or didn’t, but when it works and we get these results, I can say, ” ok, I may not have been all wrong when I contributed my 2 cents.”

These are some of the pups from Outdoors litter, in the Netherlands. They are not professionnal photos, but show a bit how they are evaluated when the start moving and expressing themselves through their morphology.

It also goes without saying, but best to say it anyway, that the work is to stick to a standard and all it entails ( health and morphology and working out the poodle) and not create a new breed!