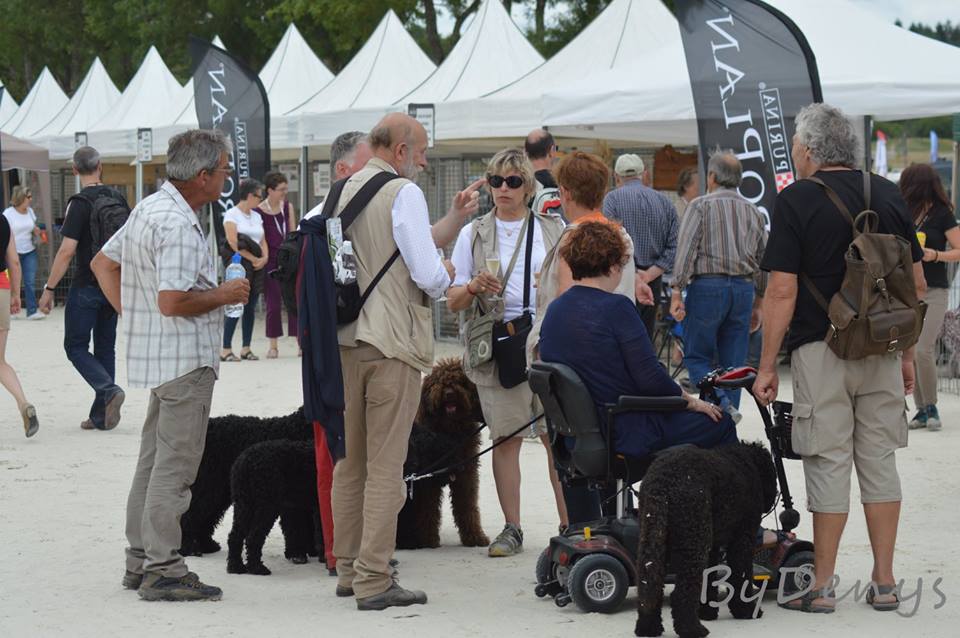 This picture was taken and kindly shared by the club photographer. It sort of says it all. There were other ones but I was not given many. Only the ones that “spoke”.

I was offered a coupe de champagne and then…I knew I was in for it (at least I had a witness). “Anything you say can and will be held against you in our clan, that you are disturbing the good functionment of. We are all happy together and you don’t fit into our plans, we don’t like you we don’t want you to talk about anything and we have ways to make you shut up. You are basically an idiot and we don’t want you talking about dogs either when we want to talk about what we are going to do one day. ”    Chargé of communication was there to be sure I understood what newly designated president was repeating to me and secretary made her point about my ongoing paranoia. I am the only one in France to complain aloud about how they have never done anything for the breed and it would be nice if I jumped off a cliff. It would make their day so they could go on doing a bit of the “n’importe quoi” they have done for 35 years, bar a couple.

As many of you know, I have been keeping you abreast of what the club has accomplished for the breed…which has always been real easy to detail.

What they do manage to achieve is reaching a general consensus outside of France on their lack of anything to do with the dogs.  They need a scapegoat, human preferably, to blame for their ( lack of) performance. Had they had some guidelines set and some kind of expertise to claim, it would be a different ballgame. But it is not and I am the only one in France to remind them of the scientific facts they so love to avoid talking about like ” what is a Barbet? Does anyone here care about what a Barbet is???Hello?”

So, to make a long story short, and give ye ol’clubo the benefit of the doubt, I will not peep a word here at the end of each month to tell them they have done nothing for the breed. I will tabulate monthly and give it to them for new year’s eve. I hope I have something positive to say.

I will tell you all about what happened at ye ol’ RE…because those are facts. It was an interesting day, certainly worth the detour. And I have decided to stay in English because it’s just hilarious to see what translations they come up with.