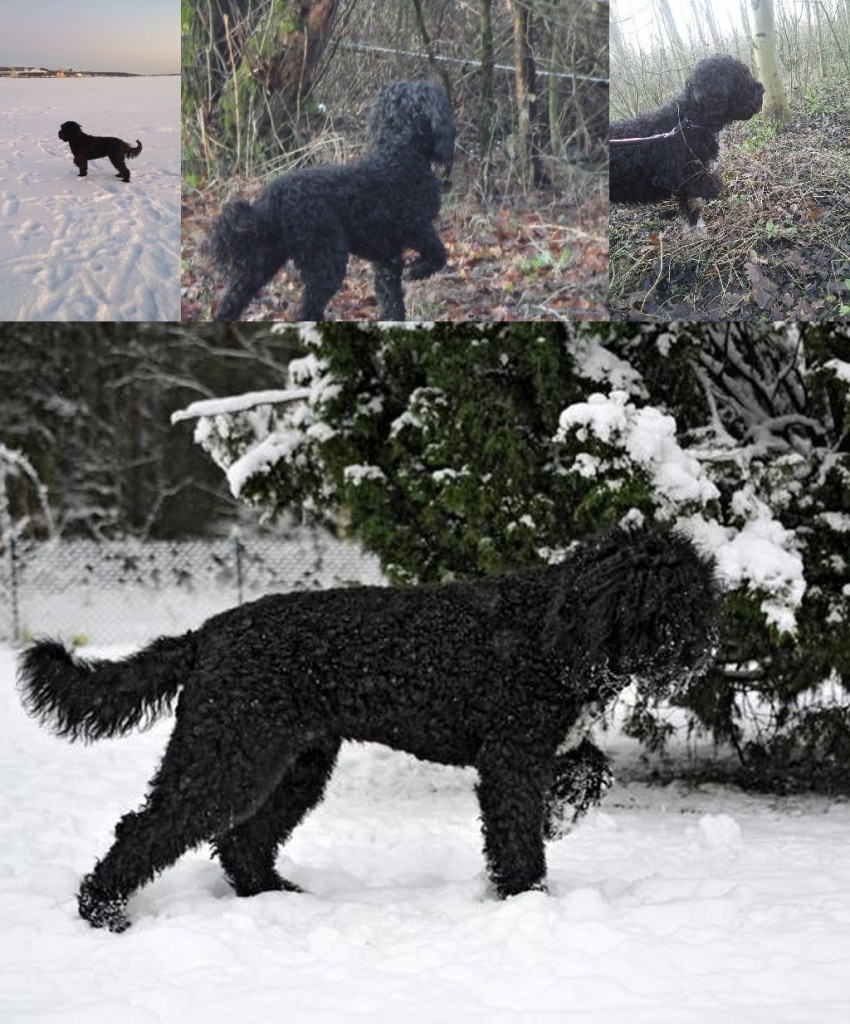 Wilma in Sweden, Coccolina, Colleen and Koi at the bottom also from Sweden.

Today Coccolina gave birth to her “F” litter in 2010. She has raised 4 litters over the years and been a fabulous representative for the breed. So, no she never did the TAN, never needed any type of obedience training since she had kindness, love and gentleness built-in. She was never able to do any hunting training as she gave way to her progeny…but she obviously had it in her genes.

This led to some mockery from a professional breeder which is quite unfortunate for this poor breeder, not Coccolina who is the first female in France representative of the Barbet breed to have a 5/6 SCC selection grid.

She has made champions who have had nice careers. AND more to come.

She has contributed colors such as sable/fawn and made black and white an every day color…and also helped bring back white and black to the old breed.

She is also grand-mother to a pup who is in Finland and points too, however the breeder refused to share a photo of the dog. That’s how it goes, eh.

Honor thy fathers, too. I say and do.

Happy birthday F litter ! Most of you acknowledge where you came from, which is important.