I had signed up all 7 dogs for the Régionale d’Elevage at the Game Fair which meant there were 16. After being insulted by French breed club as one does at that club, I decided to go anyway since I had “made a committment” but not to be more belittled. So 16 minus 6 ( the ones I did not show) is 10 and out of the 10, some were not shown, so slim pickings… 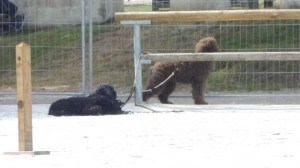 they were ther tied to a pole. Guyguy waiting to get ducks( from the ball trap shots)sitting in the sand.
Since I very stupidly thought that we could be talking about selection because I stupidly thought that since a new president had taken over since the last one had apparently resigned,this new president being the one who sollicited several of us in 2012 for a 100+ powerpoint about the Barbet which took us nearly 6 months of preparing documents to save the breed (haha)…
So I decided to take my bunch to show how my selection was about. Well, no one gave a flying shoot about my dogs or anything as usual except Mme Ficter, Mme Ficter…So before judging started, I politely went up to ask the judge to please excuse me, because I was not going to be showing all my dogs but one. No reason to get insulted any more than at French Championship. I hoped she would understand.
So, this lovely lady was a bit taken aback as shown by her body language and listened to me. I told her I was sorry since in 15 years of me doing shows with my dogs, I had never had her which was a shame, but that’s life. I don’t need shows and many of those judges not having a clue as to what the breed is. So be it. As I walked away I could here Mrs Ollier,
the club secret-tary start by saying “ah, Mrs Ficter…blabla”. I am sure it was nothing positive out of a woman who shortly after called me paranoid…me.Give me a break, mmama.
I thought, now she is really “retailler mon short” meaning “cutting a strip off me” to make me look as bad as she possibly could as they generally do in team clique. 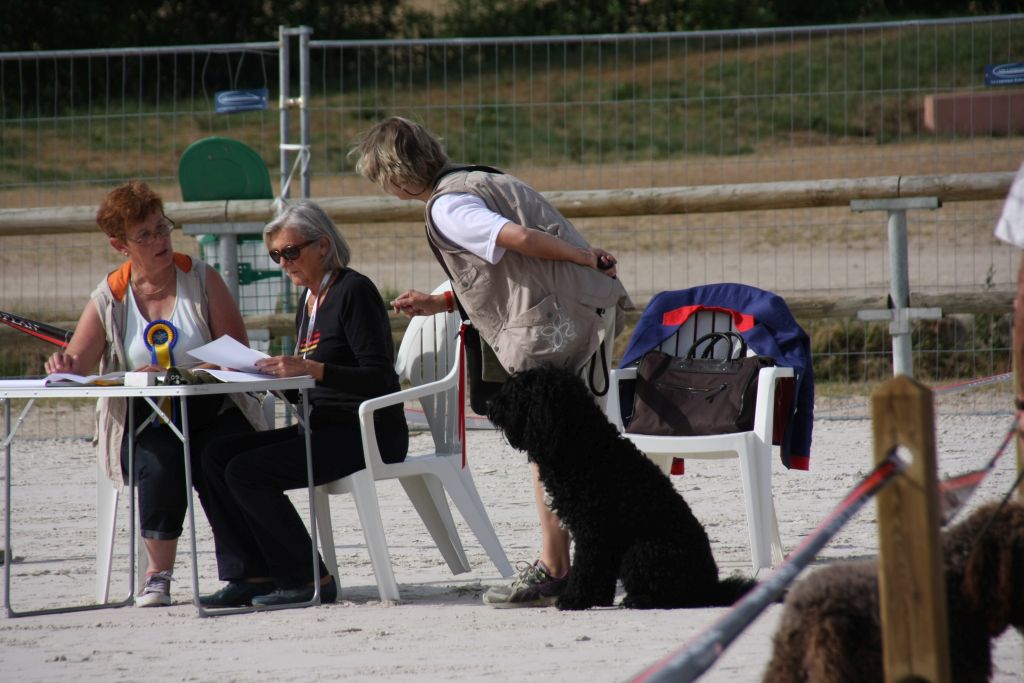 In the end Froguette got a 1st excellent, which is way more than I expected.  I was really happy because at least this woman saw through some of it ( I hope) . How some of those dogs can hunt with those coats is beyond me, but not my problem, is what I say<.
There was a photographer who did take some real nice photos of my froguette( Floirac de la serve de la chapelle d’Alexandre)..Thank you. 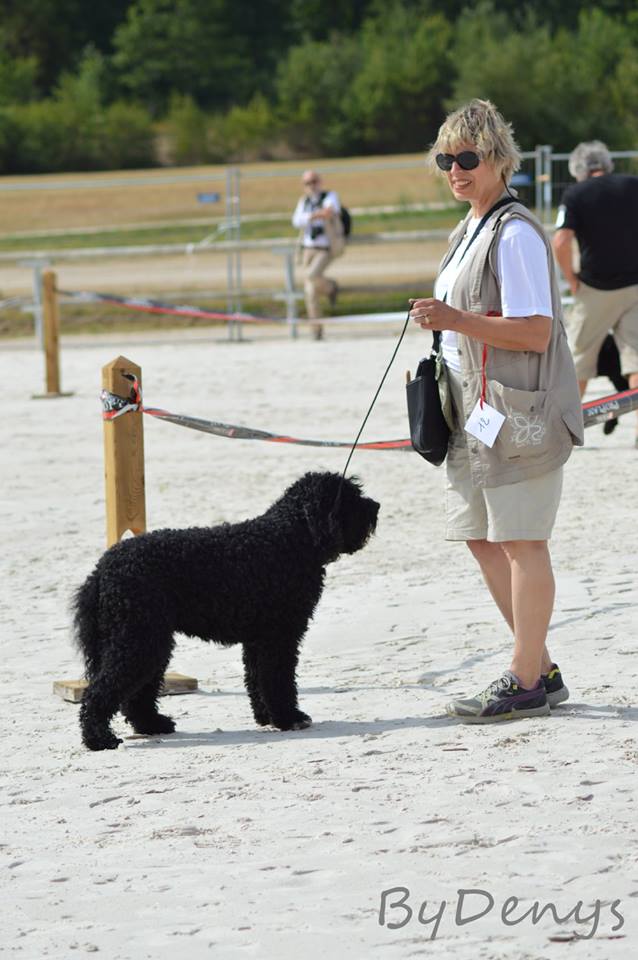