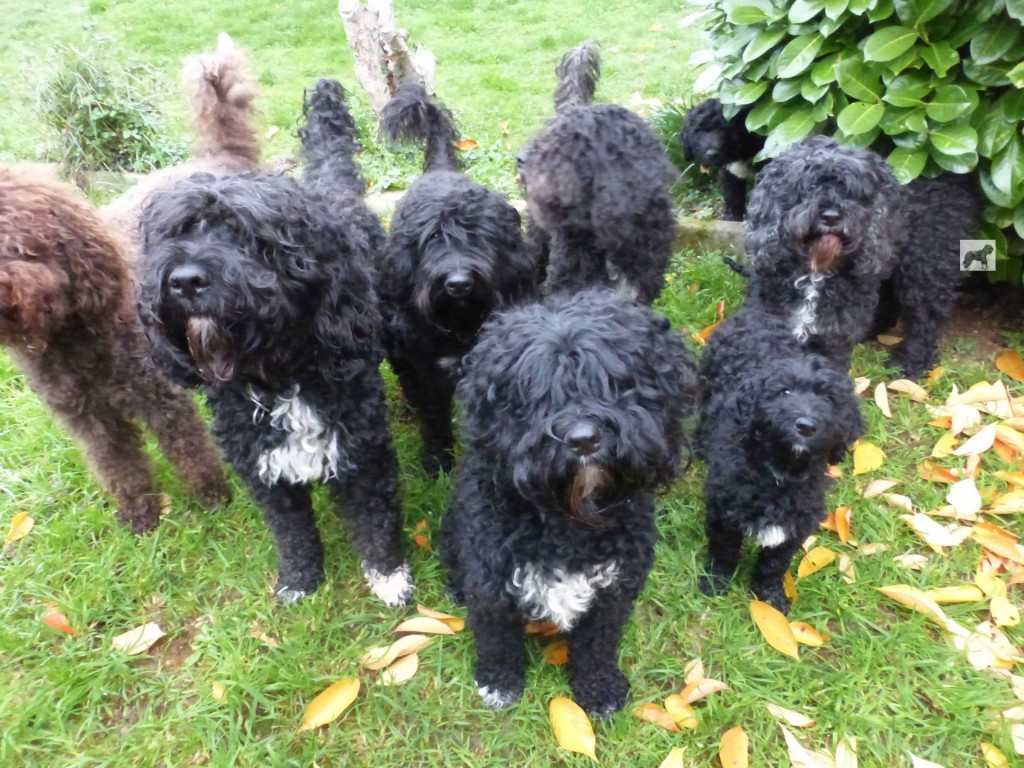 Not easy on a daily basis, to get things moving. We all in France know that many of our graduate students are looking to start their career abroad ( anywhere but France) since you can get nowhere in France when trying to move forward on anything.We deal with grand penseurs du néant, people who talk a lot more than they should and cannot shut up since they like the sound of their own words and enjoy their own lack of any structured discourse and of course, these people cannot even speak English, so they flap their tongues in French. Then, their sidekicks jump on the bandwagon of jealousy, mental harrassment and slander, so common in France and in their schools.

I do my best to stay away from the breed club which has never done anything for the breed, but as much damage as possible to the people who try. Me, being a good example. I have most of the archives on the OLD breed, it not being a copy of a poodle but much bigger bigger and shaved when possible, but a medium sized dog with lovely long curls and excellent character with the morphology as per standard. I work hard to standard to produce what I produce and I am happy that people who contact me and reserve with me, trust me. That is an important word “trust”. When you are going to put your future potential dog to be selected by a person you don’t really know, you do need to trust them and have that “feeling” the woman knows what she is doing. Well, I do.  Learnt the very hard way…I know what a Barbet is and am ever so happy that the positive aspect of club slander is to bring forward that there really are 2 Barbets, the poodle and the one above. The one above has a good curly coat and we did not get there, meaning we, those of us who work together in trust of each other and mutual help, with a stupid assenine test to find out if curls were going to come from 2 curly dogs..how does morphology of a vieux Barbet come from a stupid test?

Anyway, long story short. I think I have a good idea of what I want to achieve and the people I want to achieve it with and they are not the morons we have around the paysage here. Sadly since they cannot do the same, the only thing they can do is slander and attack.The dog world is a very ugly world I refuse to be a part of.

Well, go for the gusto you sad motley crew of discontents and zealots. Between paying an attorney to sue idiots and fill up court houses, I am going to put new windows in my house and get the 30% tax rebate.

My pups were all reserved before they were born and I was able to weed out the ones I did not like. I was perhaps lucky and if the club continues to slander and attack as it has for the last 35 years, I may not be so lucky in the future, but. Tomorrow is another day.

Speaking of dogs, which many fail to do, meaning Barbets with curls: Froguette is in the middle, as usual.Her brother Froggy, father of my litter is on her left. Guyguy who has fathered several very nice litters, all in good health…is the brown loverboy. Next to Froggy is Iabada, with the Griffon ( omg, I said it) head, next to her Vennie, mom to the litter ( both from the Netherlands) then Coccolina, my lovely magnificent Coccolina: the only Barbet with a 5/6 on the SCC selection grid that I worked hard for along with the people who helped me.Coccolina is in the pedigree of nearly 700 dogs worldwide and if they are all as nice as she is…Lil one in front is a pup going abroad in November ( new law, that of course we respect as law abiding citizens) and the little one peeking out in the back is also destined for a life abroad.

A lovely family photo of 4 generations that I have worked hard for and you nasty people who know who you are, you will not burst my bubble, so go away and hassel someone else.

Good night and have a nice week.