When there was that symposium for the Barbet, many of us got together and were talking about this that and the other.

The other being that soon there would be a shortage of males since many were being used over and over and over and what to do. We concluded that we would have to really widen the circle of where to find one and I thought to myself…nah. Plan B. Have my males and get new females…So after 3+ years of careful planning and selection, the time has come for a dream to come true. It went well with Coccolina and Guyguy and no reason, it would not work again with another couple!

From an extremely bad experience with a particular professional breeder, which ended up withe me being insulted, injured, slandered, and belittled, haha, on a social network, I decided about that time too, that I would never ever give any ideas to anyone about which males to use.Live and learn. Me not being a breeder and certainly not competing with their production, I have stuck to my guns. 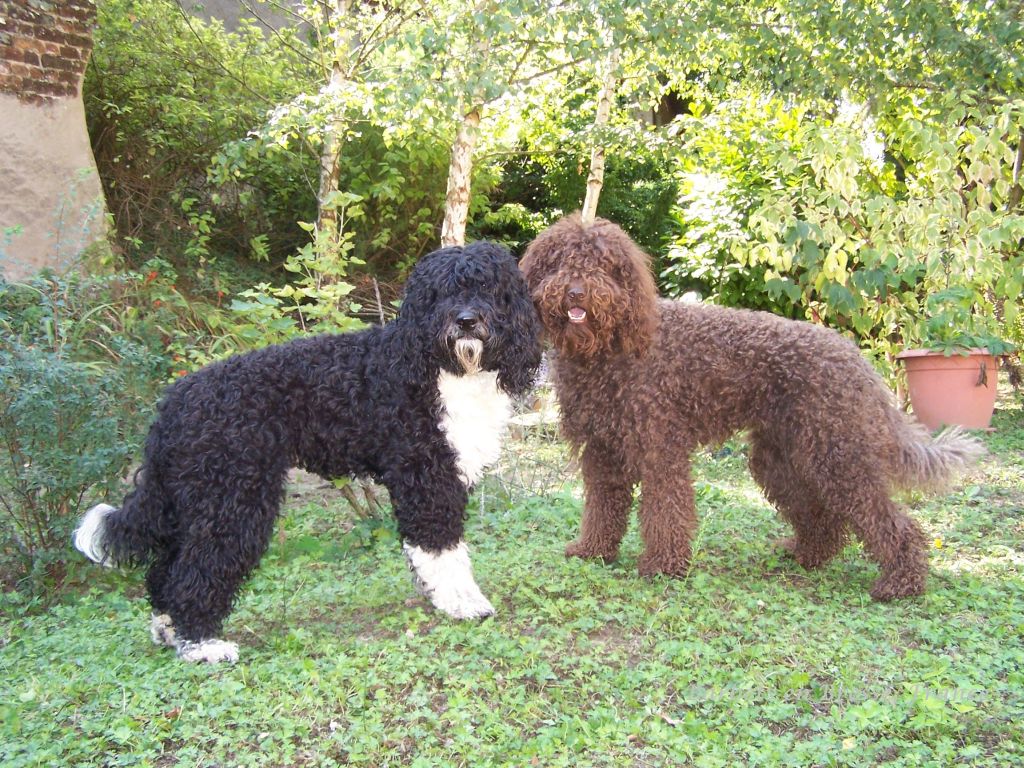 Voilà, voilà. So, it takes time, but at some point…Here you see Compay II, now living in The Netherlands and Guyguy. Both are my production and I am very proud of them.

Compay 58 cms and Guyguy 59.5, a tad bit tall but has produced wonders.