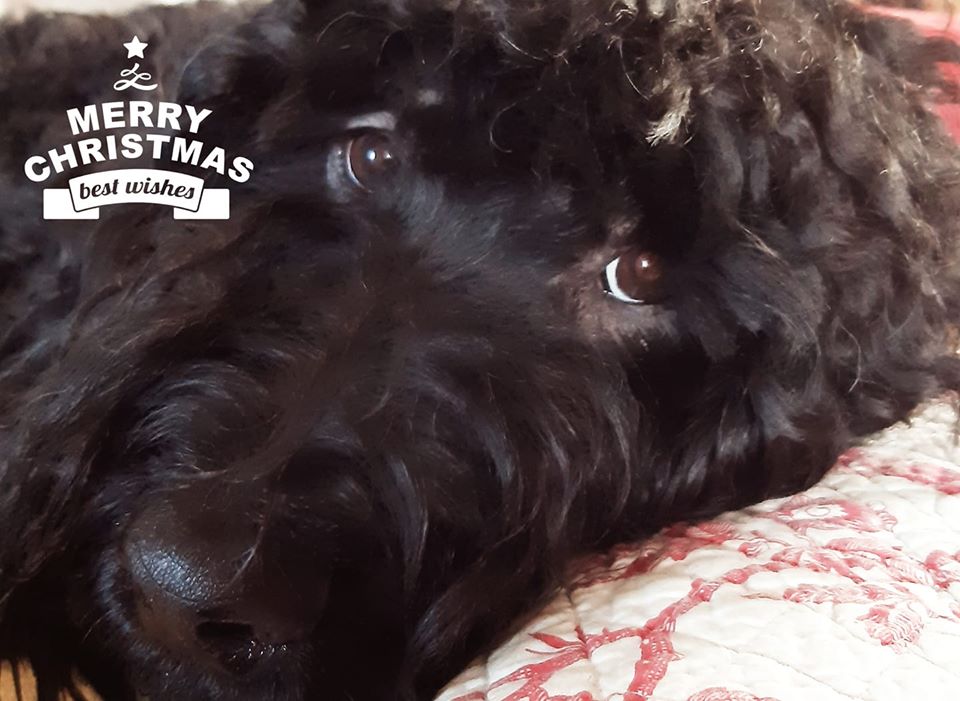 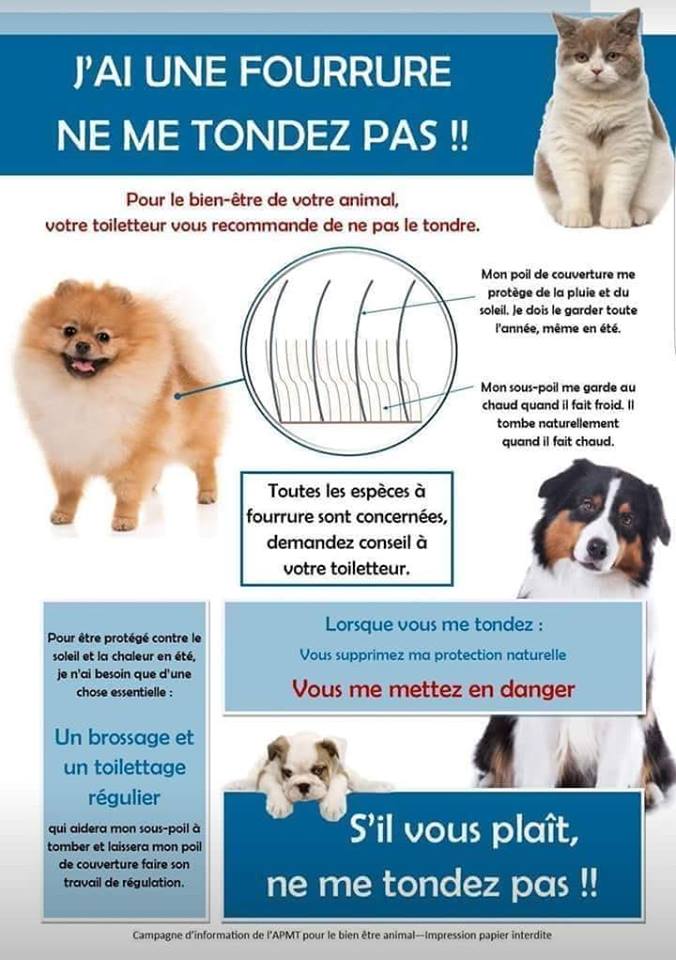 Their coat protects them in the heat!

Rather proud of himself, our friend Narco! 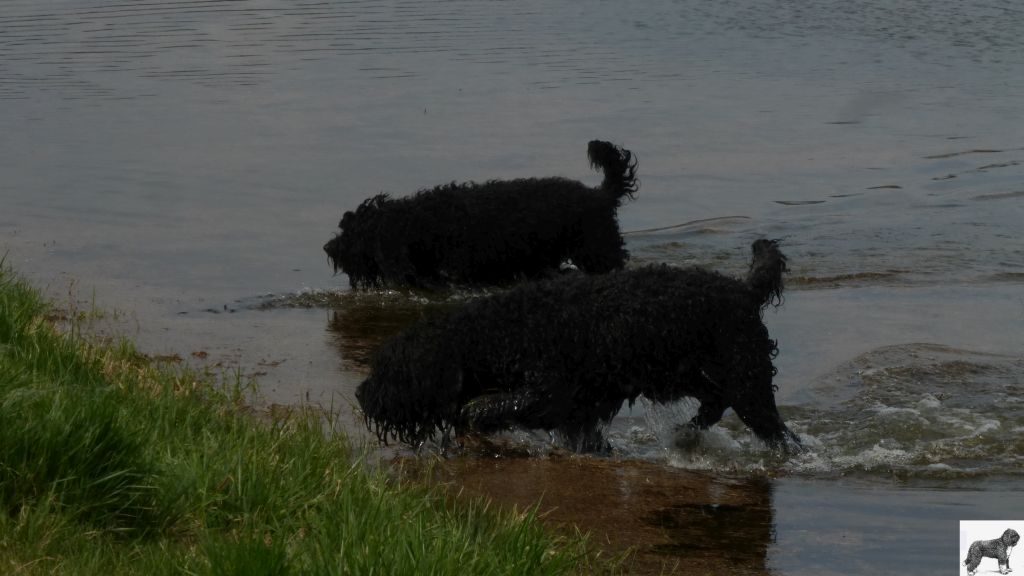 Happy Happy Birthday…and many many more!

One of the reasons being…http://www.whole-dog-journal.com/issues/13_3/features/Dog-Sleeping-On-Bed_16205-1.html 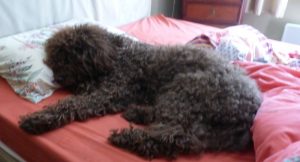 Now they don’t do it all day long..just a bit in the morning and at night. They’re so cute!

(I will also add they are clean, which is important) 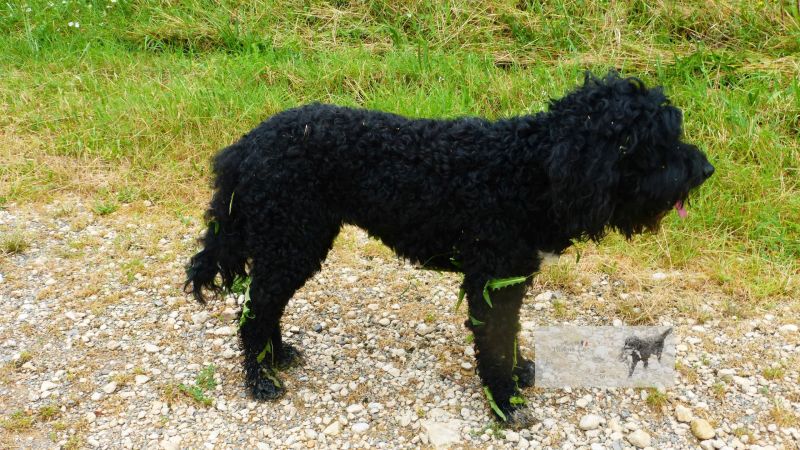 A few days ago was the 9th birthday of my second litter and the first with Ermengarda/Coccolina , who had come to me from Italy, with Ungaro. 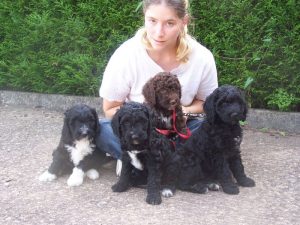 Now looking back, I must say it was a litter that changed the course of the breed as we soon found out when they started reproducing. There were mostly only black dogs or some brown, but nothing else. 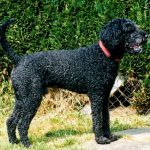 From this litter and the fabulous people who contributed to its success, Coccolina achieved a feat not another Barbet has ever reached. The SCC “elite B” level. 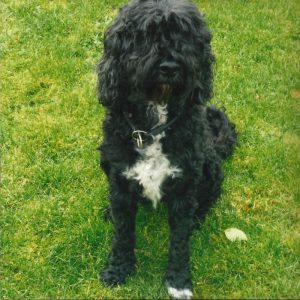 Below are the names of the pups and to this day, only one has disappeared, meaning I lost track of the owners. 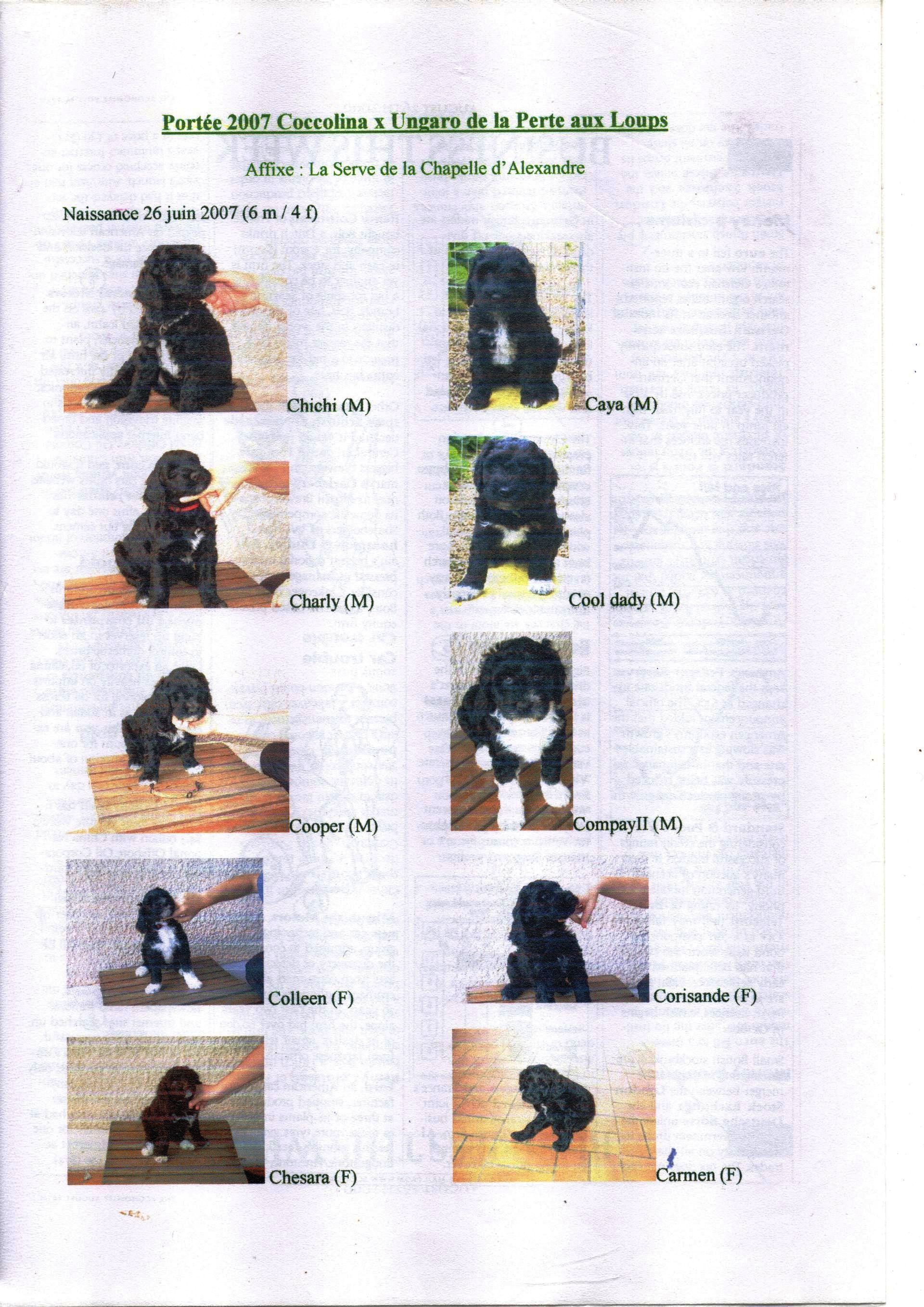 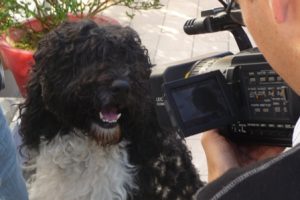 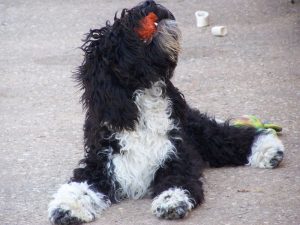 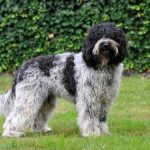 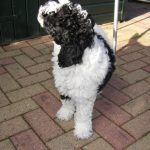 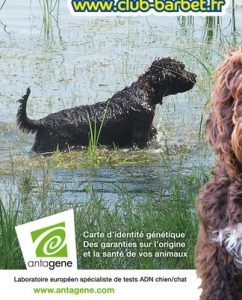 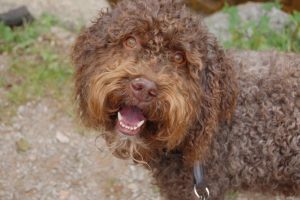 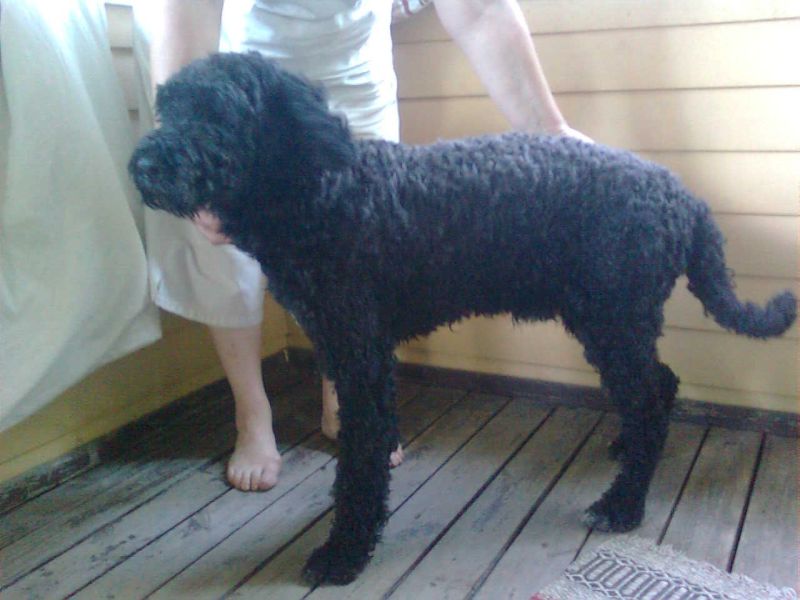 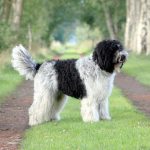 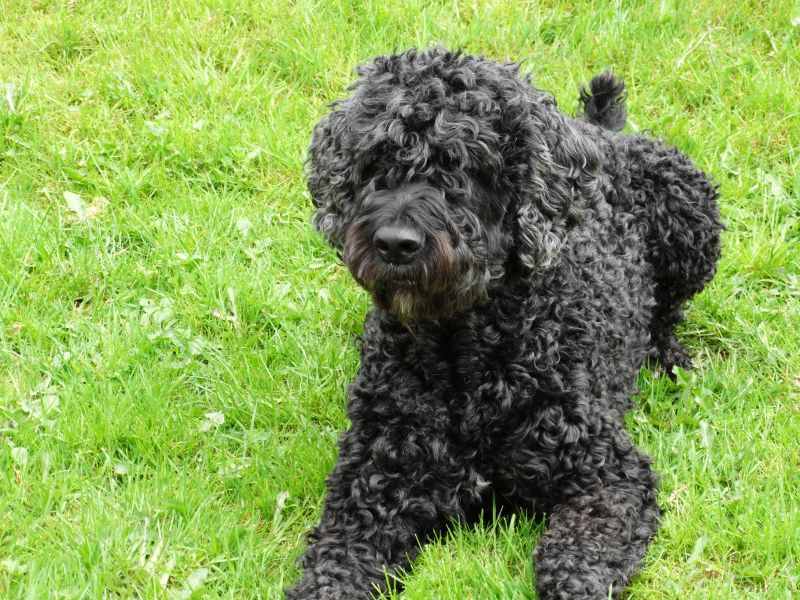 Cooldady: My first guide dog for the Blind in Lyon, to be followed by several more 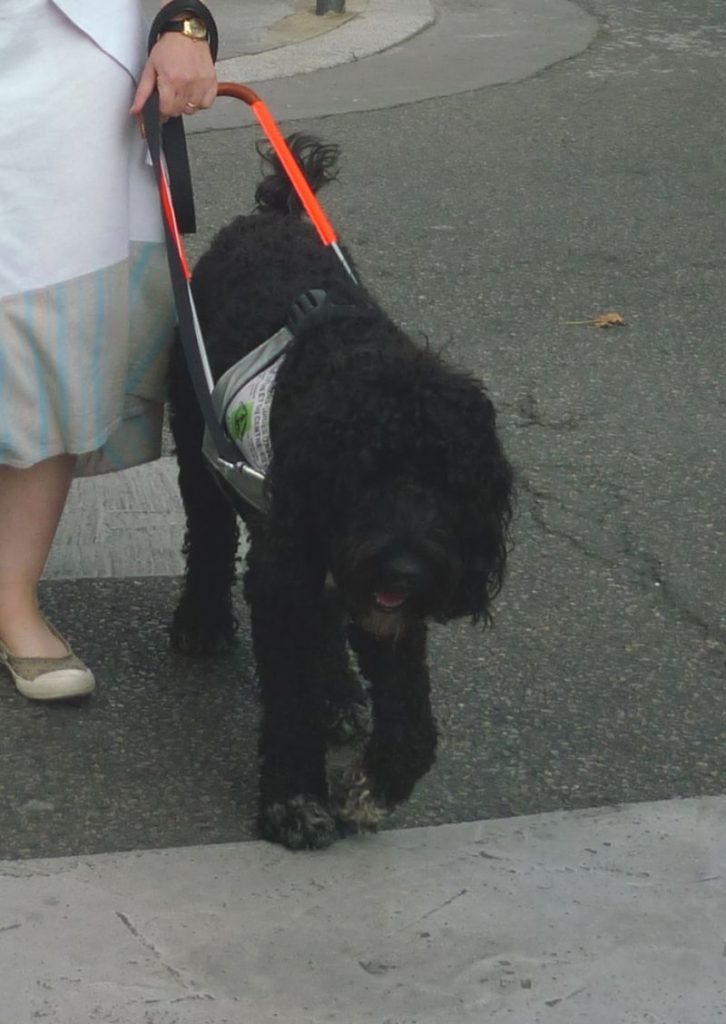 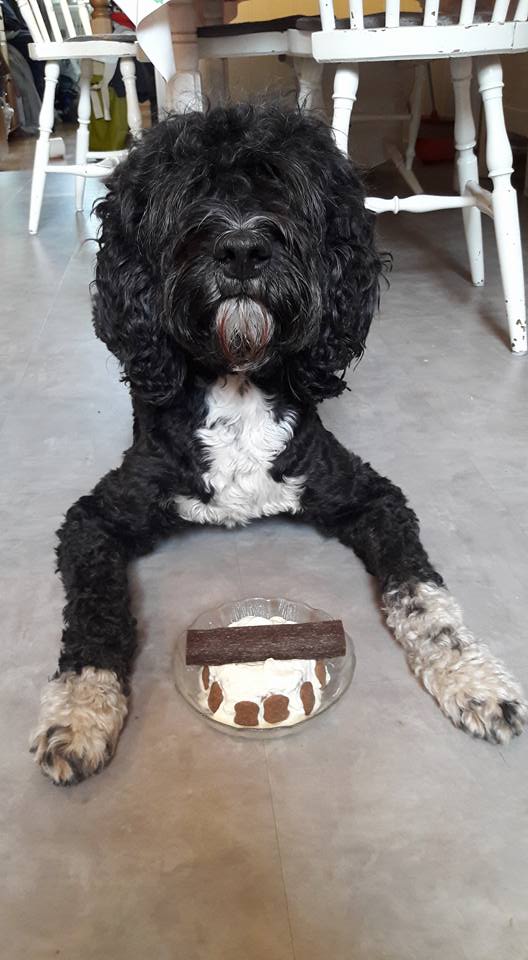 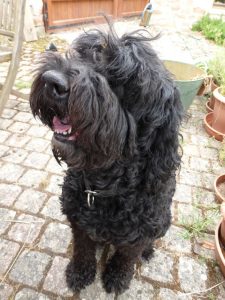 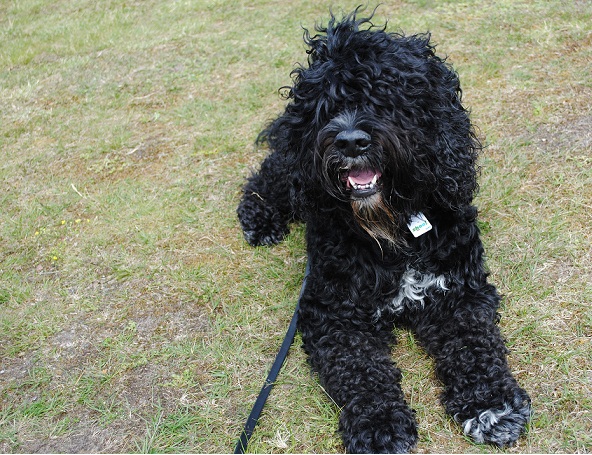 A wonderful litter who reproduced quite a lot, in several countries and their descendants have had litters, and on it goes!

Happy Birthday to all of you, may you stay happy and healthy for a long time!

So, there’s still one running around who has not been cut! Which one? Dabadoo-Barbet..not to be confused with the Barbet Moderne, which is totally shaved for head to toe ( regardless of the weather). 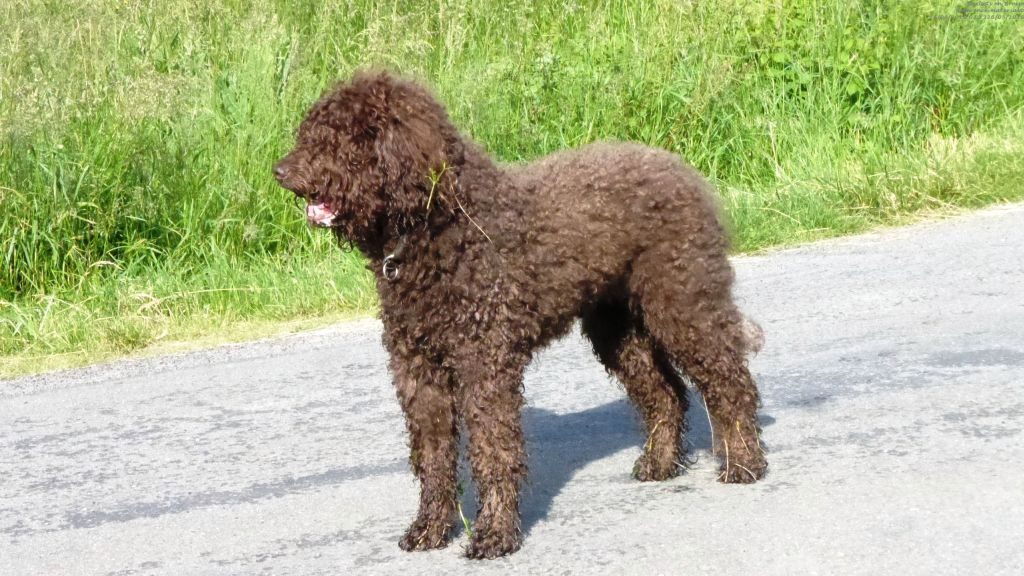 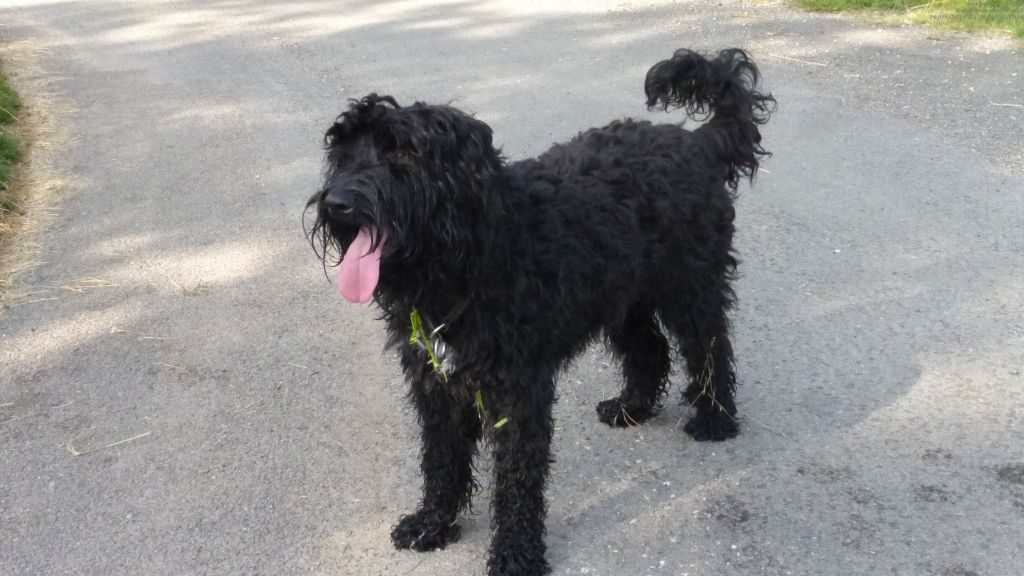 As you see..they don’t need to have their eyes covered to protect them, but their body.Perhaps some overalls ought to do it…for a rustic  dog…?The things you hear sometimes, do make you wonder.