In a million years, I would never have imagined that it would be mine…one day!
I was told this was on Ebay a long while ago. I bidded and bidded but could not outbid the person who wanted it.A few people who knew about it watched, too…as the price went up and up.. Who on earth would be interested in buying a painting of Ye ol’ Barbet?? Well, I went much over what I could ever afford ( I needed this painting like a hole in the head…) BUT it is important for the Barbet anbd its history, and so on I went for the Barbet’s history! 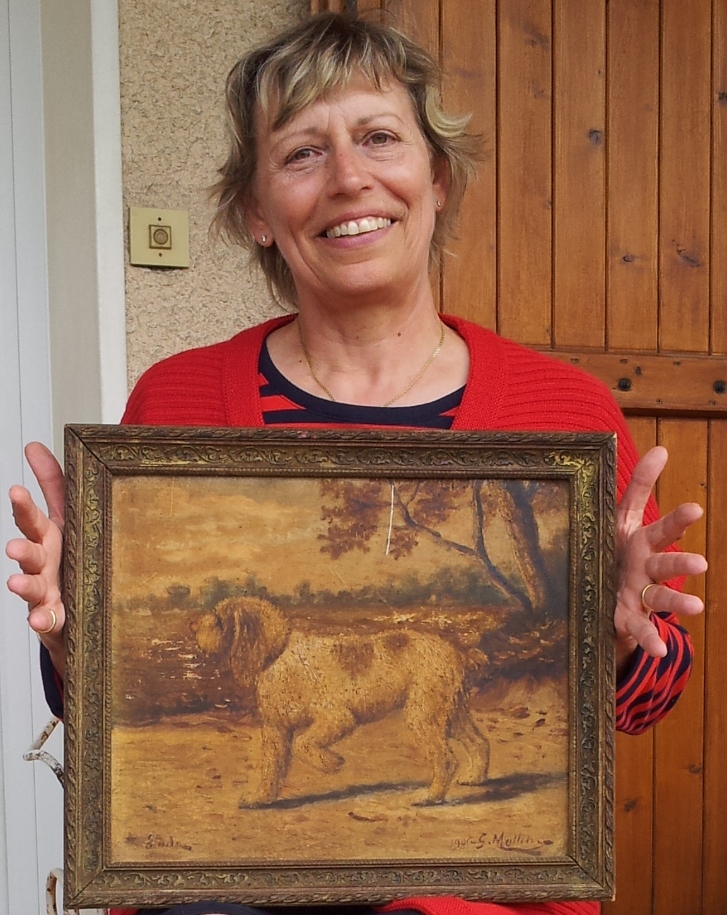 I remember the Italian Lagotto club (I think) collecting donations to purchase a painting of what they said was a Lagotto; I knew that would not happen here in France! Foreigners are more interested in the Barbet than the French, who often do not know it exists, and foreign benefactors are known to help France in different cultural programs and projects to save French heritage.

I did my tiny bit in 2006 when I had my website to get the Barbet known outside of France and that worked, but it did not go further since the breed club in France is not interested in the factual history of the breed. So……..voilà, voilà.Not to ever count on them for anything!

Long story short…not wanting to promote my face on my Barbet site, this picture is to show you that miracles to happen and how happy I was and am…and will be for a real long time. Merci Josette..l’ange gardien du Barbet…du vrai.