This is the pedigree before the “situation” was brought to the attention of the SCC, apparently very recently…

and when you look at the pdf all of Faro’s family is gone.DNA  problem… 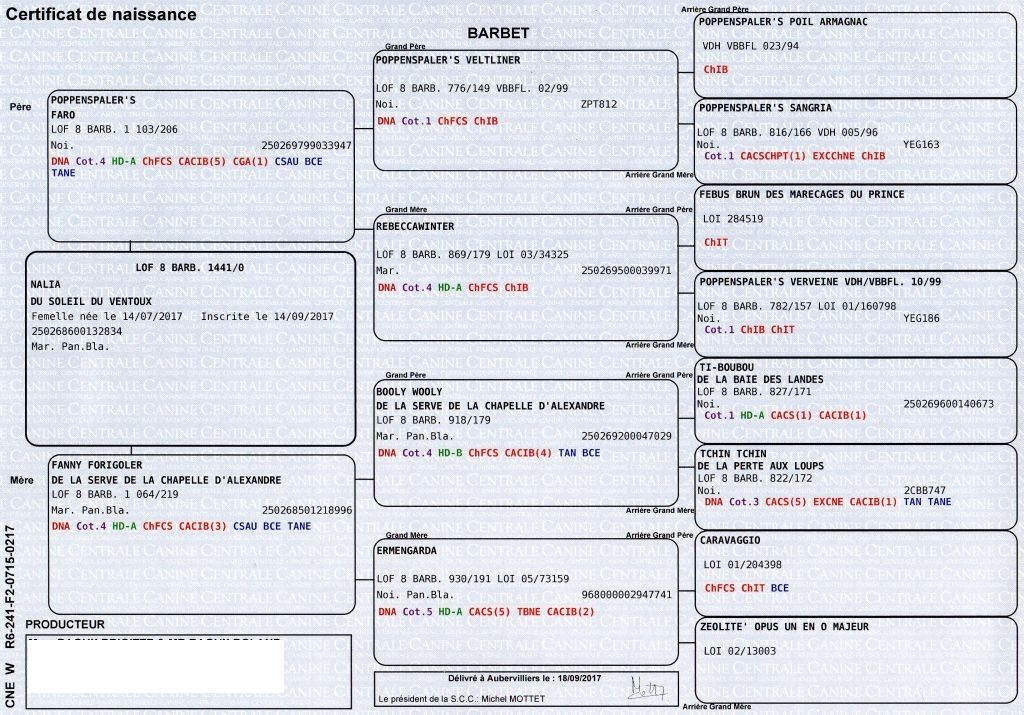 Super champion Faro becomes an ATI (no known ancestors).>>>Someone somewhere fibbed on the SCC papers which are legal documents and signed them attesting that what was originally declared was the truth. About 200 Barbets lost 1/2 of their pedigree in the transaction and many are now supporting the person who lied, by asking to get the full pedigree back…never mind the lie..eh. What is more important? One does wonder.

In a breed that has had so many problems over the years, you would think that most? would show their transparence…by posting/sharing DNA information rightaway and not waiting for some odd reason, 8 years later. There’s a rat somewhere along the line. As usual, par for the course, in our socutesonice Barbet world where everyone is a great 5-* breeder.

I am not surprised because “ce qui devait arriver arrivât” as many knew the pedigree was “off” and had known for several years..

Conclusion: “my” breeding half of the pedigree is one of the best in France, coupled with…the worst.