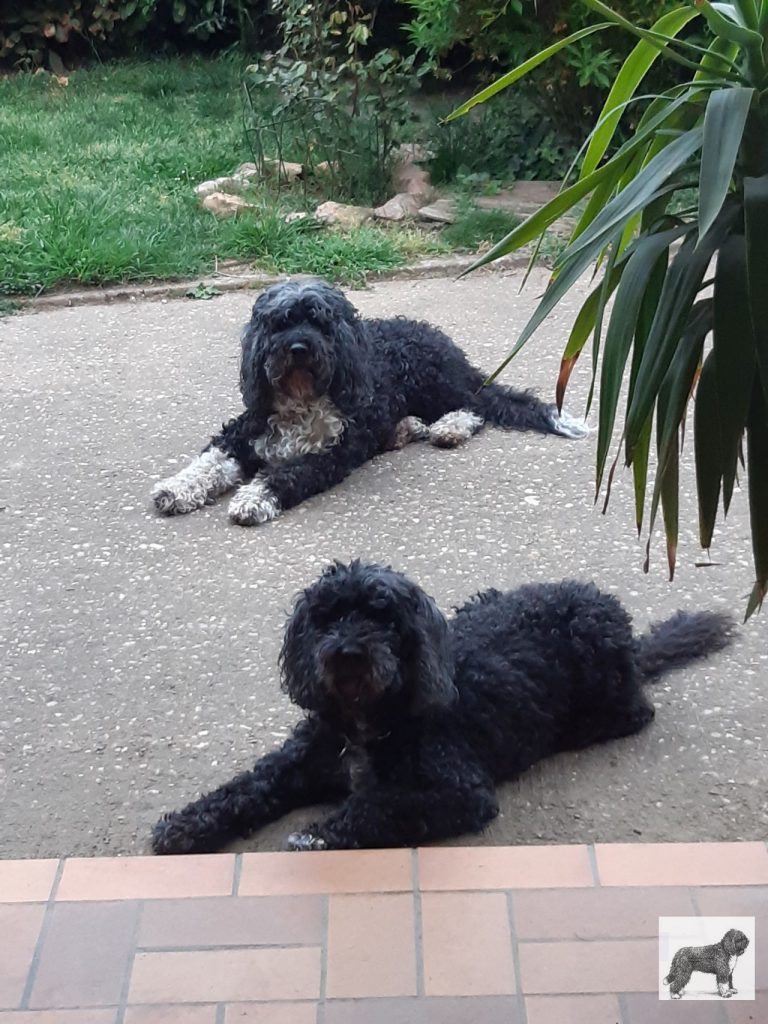 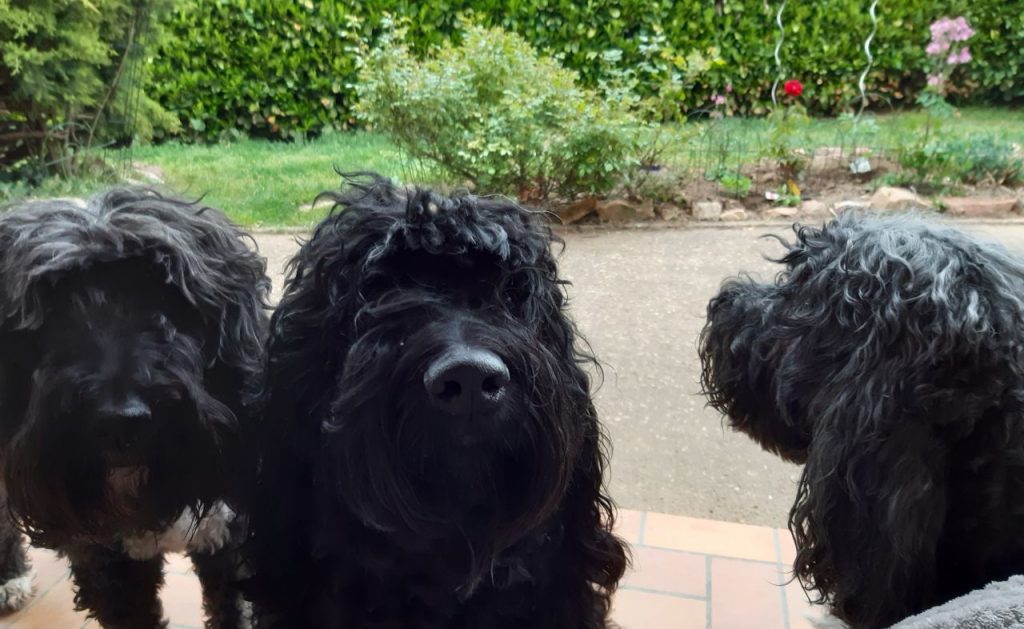 They are all over the world from Sweden to the UK, The Netherlands and of course grand winner Switzerland (who deserves an Oscar for best performance) and through the Us of A..that means everywhere in between. They make money by killing breeds. Then they move to the next one. That has a name, doesn’t it?

The following article is taken from the Dutch Dogworld Magazine “De Hondenwereld” with permission of the author and the publisher as it is an excellent description of what is happening to my Breed: “the Irish Softcoated Wheaten Terrier” , as well.

Often the appearance of difference in type in a breed leads to polarisation between judges and breeders alike. One of the hallmarks of this polarisation is that certain characteristics of the dogs are even more exaggerated to make it stand out and be recognisable.

Seen from the perspective that breeding is nothing more then passing on genetic material to the next generation, allowing this to happen means that one wilfully accepts and helps spreading of genetically deviating material in an irresponsible way that will pollute the genepool (hereditary material).

Would it not be good if breeders and judges would, at least once a month take the standard at hand of the breeds they are entrusted, and what would it be valuable to organise regular meetings with breeders and judges to discuss certain trends and “faults” that creep up in a

breed. Never forget that the only guideline during judging and breeding should be the FCI-approved breed standard.

So, behave and act as true disciples and spread the gospel according to the original breed standard.

not.. as some looking for fame and fortune who have not a clue what they are talking about, but do speak well, with forked tongue..supported by many who know better, or do they?!

It’s not only the money; it’s also a blind submission to some kind of group spirit, the impression of pseudo-self respect or how it may be called, envy, idiots who don’t know anything better than trying to earn honour bt meaningless distructive actions, and many more envy, underdeveloped or degenerated awareness buttons in brains. Degeneration may be the best term to describe this symptome.

When I got into the breed, of Vieux Barbet or Vieux Griffon Barbet..I was told to stay away from the Poodle lines. They go back 100+ years ( we’re talking Wycliffe/Apiele et al).
Not all lines had Poodle in them, they do now. It’s a question of getting the type out.
An F1 litter when crossing lines as one does today is going to be a pot-pourri of all the breeds in the 2 dogs. They will be cuteandnice but useless down the…line. Unless you know your lines and not many do.
Not all lines have SWD. You can see which do.
All lines have PWD.
Some lines have IWS. It is the only line that helped as it is similar to the Vieux Griffon Barbet, when you know how to select. I know all the pedigrees back to when they made the first ones.
You don’t always inherit from the parents, but from their siblings. Keep that in mind if you do not know what they look like.
There is a bunch of still, hidden stuff like there was in ALL breeds many years ago. Suffice to ask Pro- breeders. They know. By that I mean OLD breeders not recent ones.
I have always tried to keep one or two puppies of each litter ( I have not had many, it’s not possible) to see how they grew under my roof, not dispatched and brought in for breeding.
Dealing with a nearly extinct breed is a sacrifice and passion, contrary to what some may think, is not a money making affair. It’s trial and error.

Here you have 60 dogs in my line which comes from the oldest line which is Italian, along with the one which was in the south of France.

I can go back to the 30’s with type and you can go further with history. I have.
If you use Poodle history you will be hard put to claim a line. That’s is unless it is a Poodle line>> Barbet Moderne. It is not an ancient breed…it was created in the 1980’s in France.
Now if you breed, and claim “genetic diversity..”.. I would ask of what? Why?
What is your breeding goal and do you have a breeding plan, down the line and why have we never heard of it?
That is, with the fact there are less than one hundred of the Vieux Griffon Barbets alive today.They are not easy to come by.
Last but not least I have DNA going back 7 generations. My oldest Barbet is 15 and my youngest is 3.

It’s been 20 years now. I have most of the archives and 5 generations under my roof, going on 6, I hope.

it’s a labor of love and devotion.
The man on the moon, didn’t just fall there! 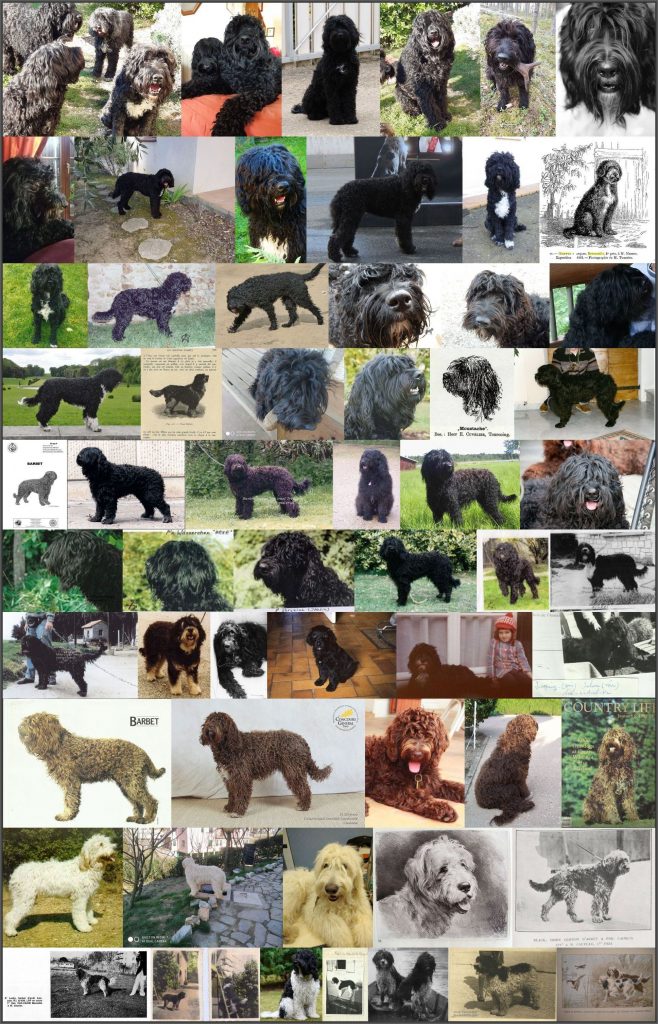 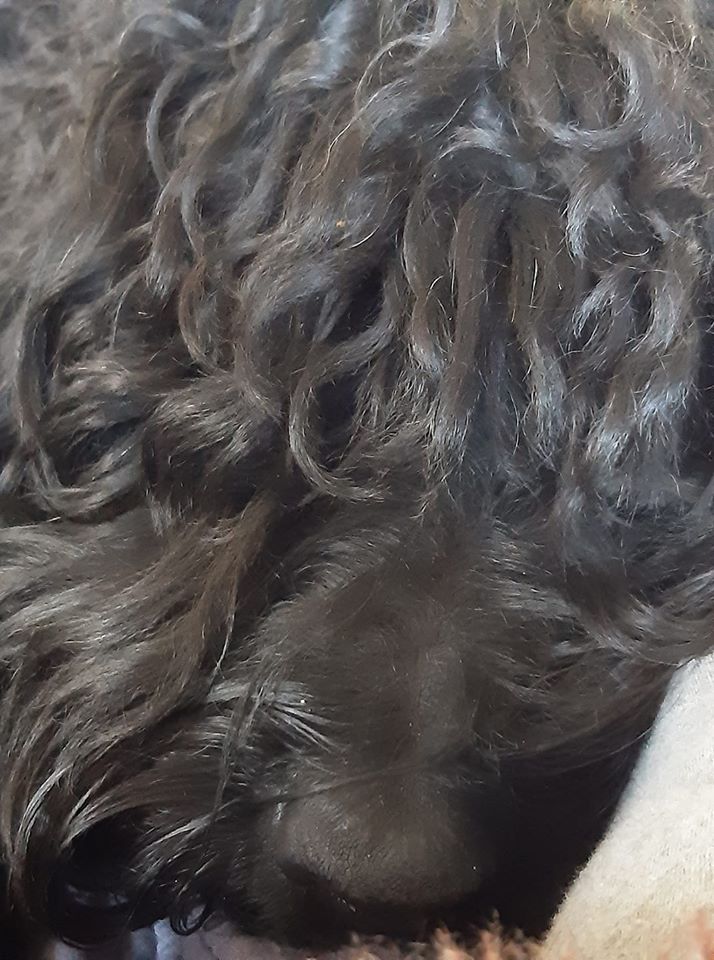 5/7 have kept in touch..It’s Always nice to get news on such a lovely litter. 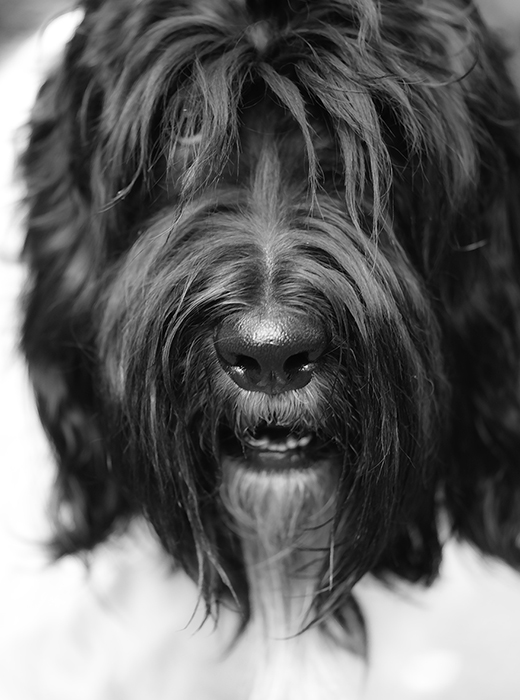 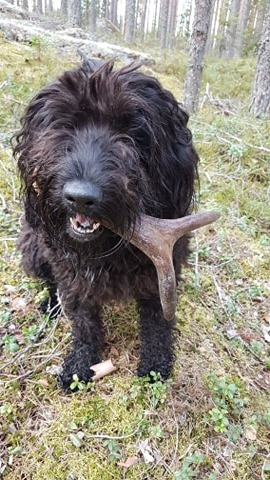 Nancy Sinatra with the antler she found, in Finland 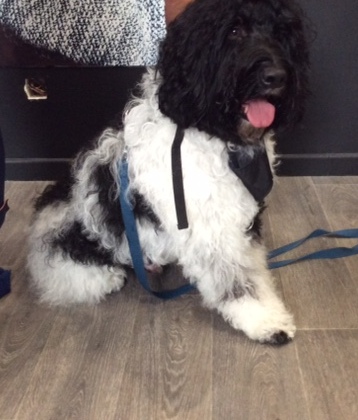 Narco at home, in France 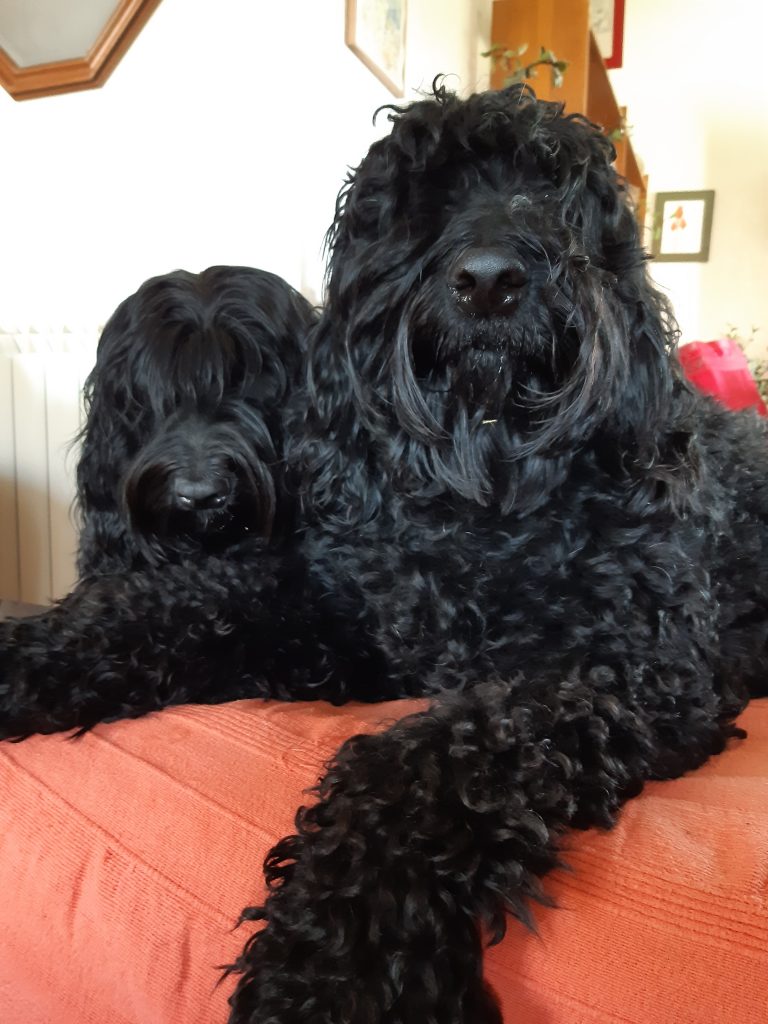 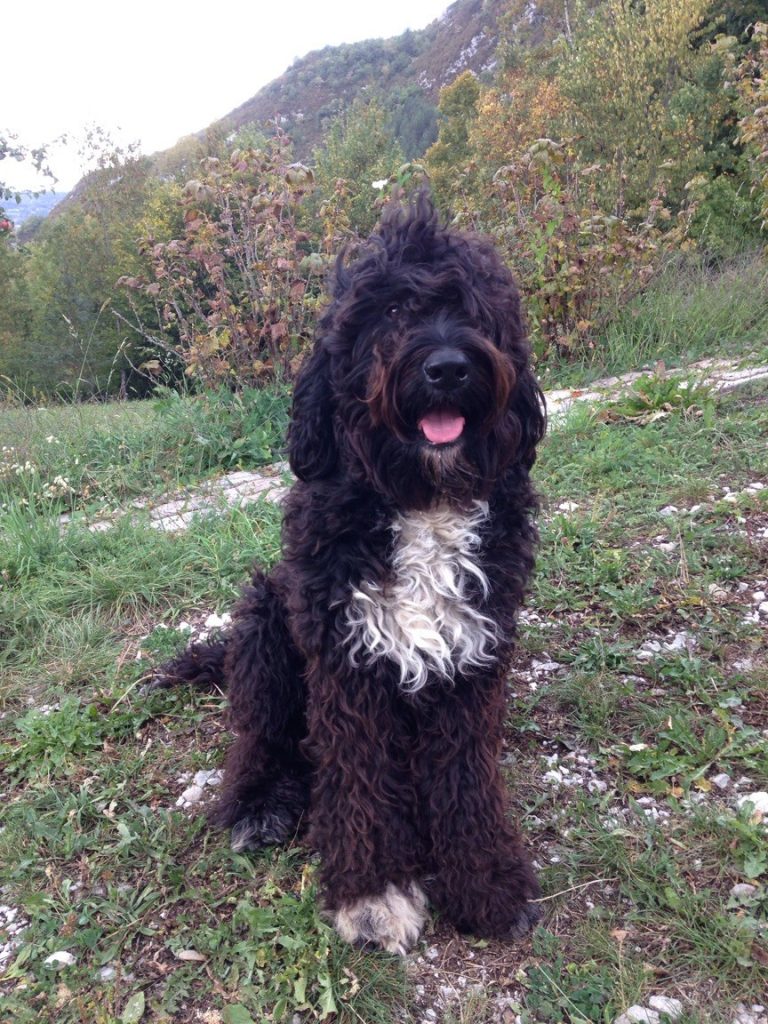 Napo out and about in France