The Barbet club of sorts (et al) no longer exists (finally) and the Barbet has recently become an orphan breed. Mismanagement of the breed, breeding to breed, lack of any kind of knowledge about its true history which is not about “the ancestor of the Poodle” nor is it about Napoleon’s mascot. A year ago, the whole thing exploded in their faces and the result is there, with a picture at the top of the page of the one who thought greatness was an quality/fication of one’s highness and disdain and moquery of others…never mind the falsified fatherhood declarations at ye ol’ scc. So, she was caught red-handed in her lies.

Now the club is dead. Long live the new club with probably another lot of ignoramuses in what the Barbet is, looking for fame and a type of fortune, again.

The SCC deals with people and not dogs ( contrary to what we would think) and they will only work with people who get along with eachother, so the Barbet is out as long as people don’t get along with each other. This has gone on for now 35 years and doesn’t seem it will end soon. I was happy to not have to contribute to this farce after 2012 when I was escorted to the door, and liberated.

A bit of “current” history for you.

As of today, Coccolina has reached the 1700 mark of pedigrees where she is listed as ancestor. The line is so popular that we are starting to see litters with her on both sides ( mom AND dad’s). That is absolutely amazing for a future bottleneck in the poor breed. 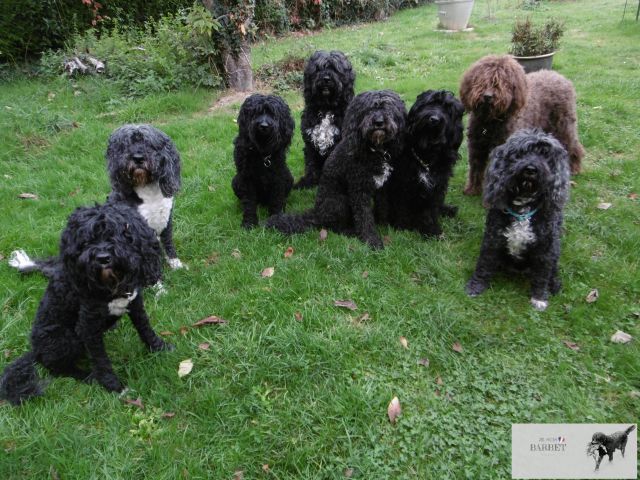 Time change coming up this weekend..meaning that some of the late afternoon walks will be impossible. New organization starting next week..In lieu of the moom ni the east, will will work with the sunrising! Argh! 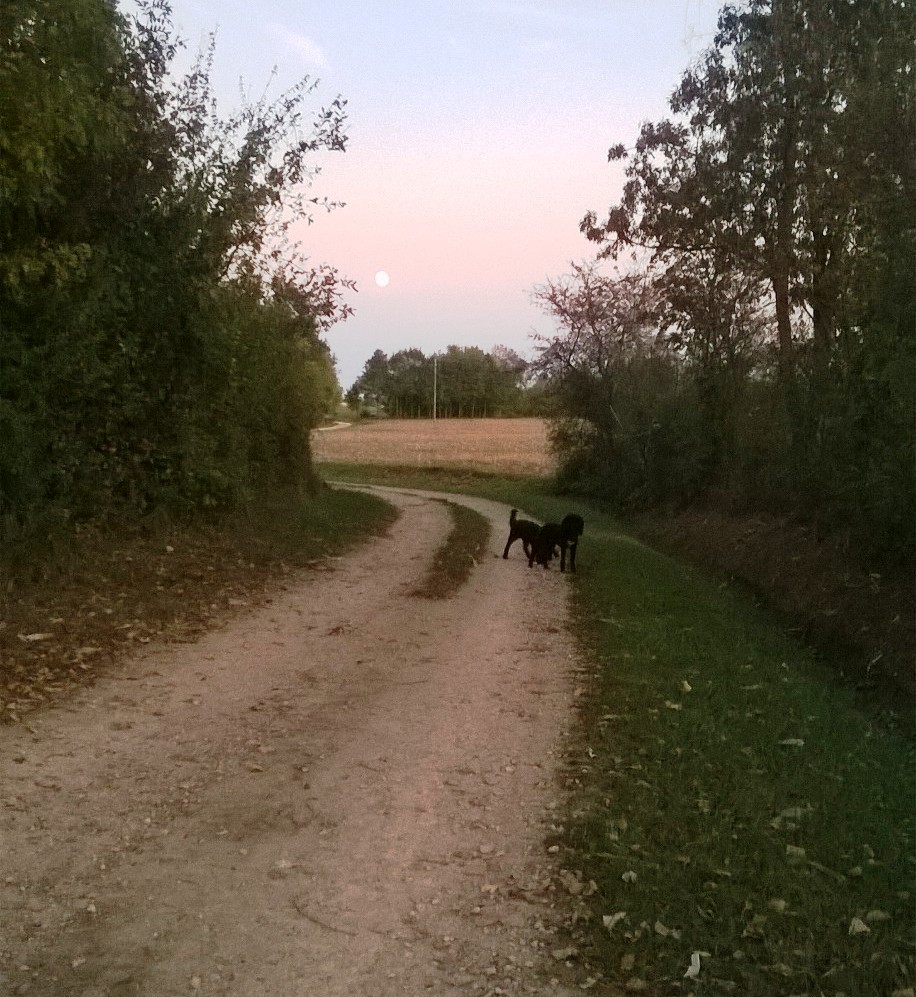 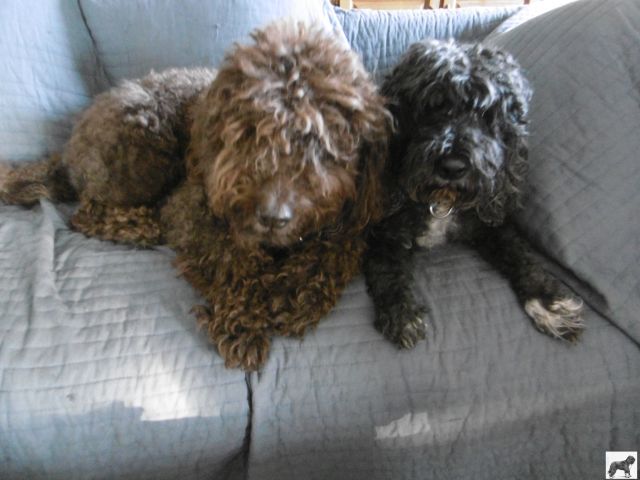 Coccolina will be 14 in December. She is happy, go lucky, a real trooper who still jumps on the bed to sleep or get cuddles. She is very much aware of what is going on around her. She is more careful and sleeps a bit more than before. She is reaching a ripe old age. She does not take any kind of medication, except glucosamin for her joints, along with GuyGuy. I try to keep her interested and active.

GuyGuy, is now 12.5 after being extremely ill for a year, is ok. He is very very demanding and wants to have as much attention as possible and I am happy to give it to him and more. He has always been such a charmer, my dear GuyGuy. He has me wrapped around his little finger. He takes milk thistle and asparagus. He demands to be active!

Of the other 6, Compay is over 11, but happy to watch what is going on and go with the flow. Of the other 5 who all have their personality..I have to make sure they are not shorted in any way possible and they get the attention they deserve.

That is only fair to all of them. That having been said, at this point it is not even imaginable to have a litter of pups, even if I’d love to…a question of priorities!

I am sure you understand what comes first.. 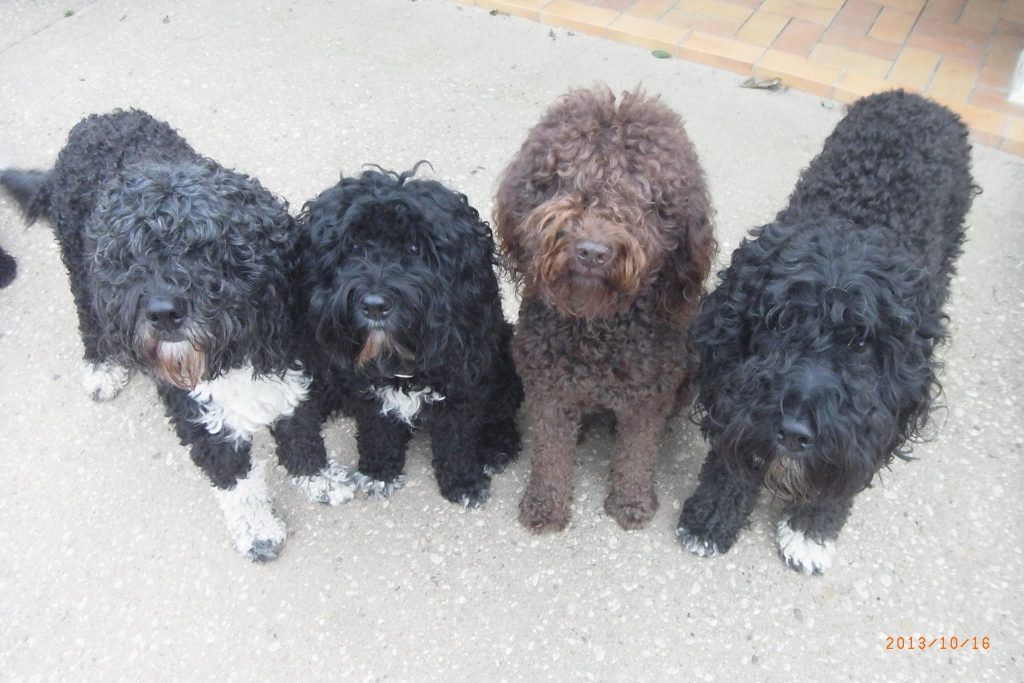 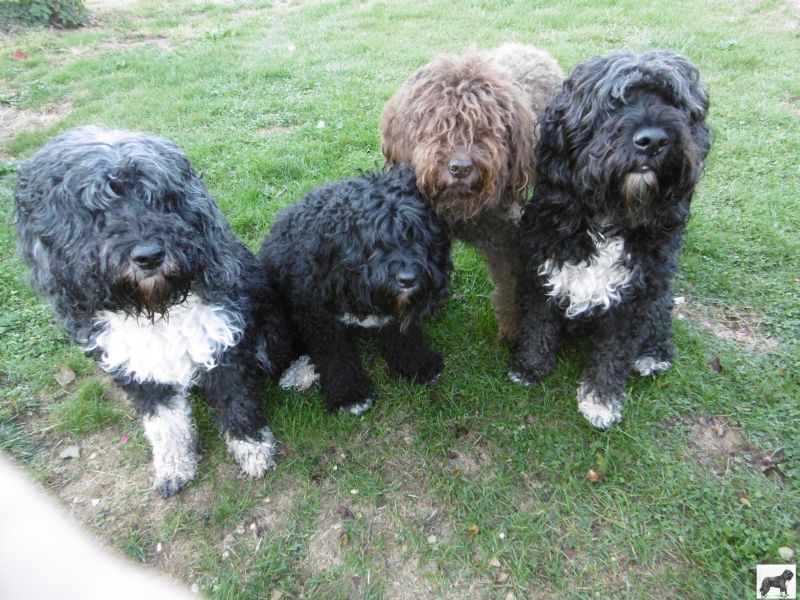 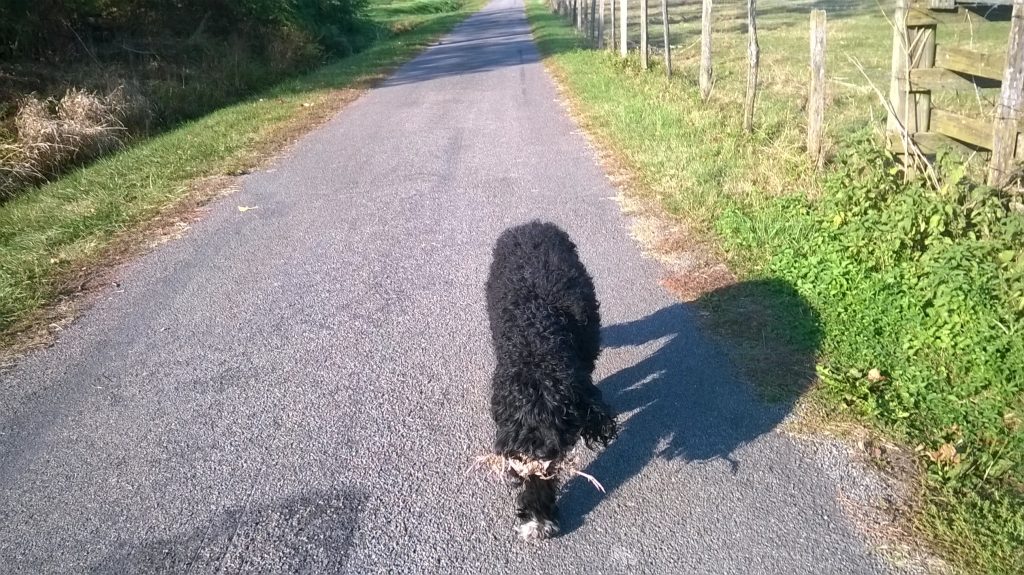 Froguette was just to happy to carry the moorhen back to the car..

A year ago we did not think he would make it  and here is is, alive and ageing as well as possible,  at 12.5. Now we will start counting by the month, til Xmas? 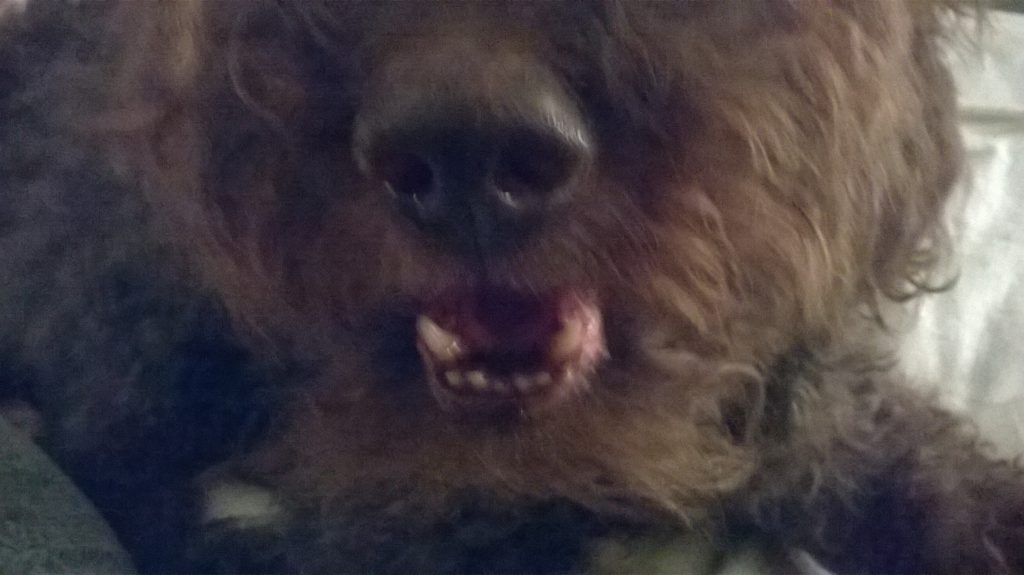 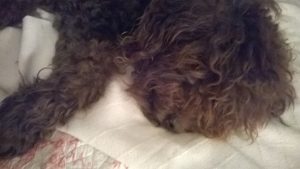 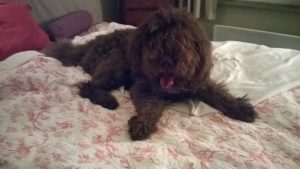 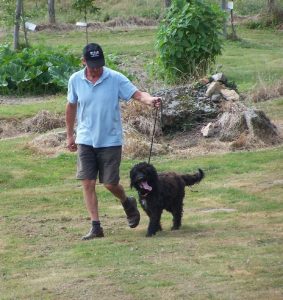 He was not enjoying life with Irish terriers so after seeing him, I alerted my Barbet soul mate who flew to Paris to pick him up and take him back to Finland to make sure he served the old breed of the Barbet. From Finland he went to Canada..Europe was dangerous for his survival, because the rumours that are spread by the swiss club are deadlier than any kind of illness..The survival of a breed does not mean making money off of it, but making sure true representatives continue the legacy, despite the lies some have spread and continue to, merrily: living space for a master Poodle race..Happy trails, Ursus.. 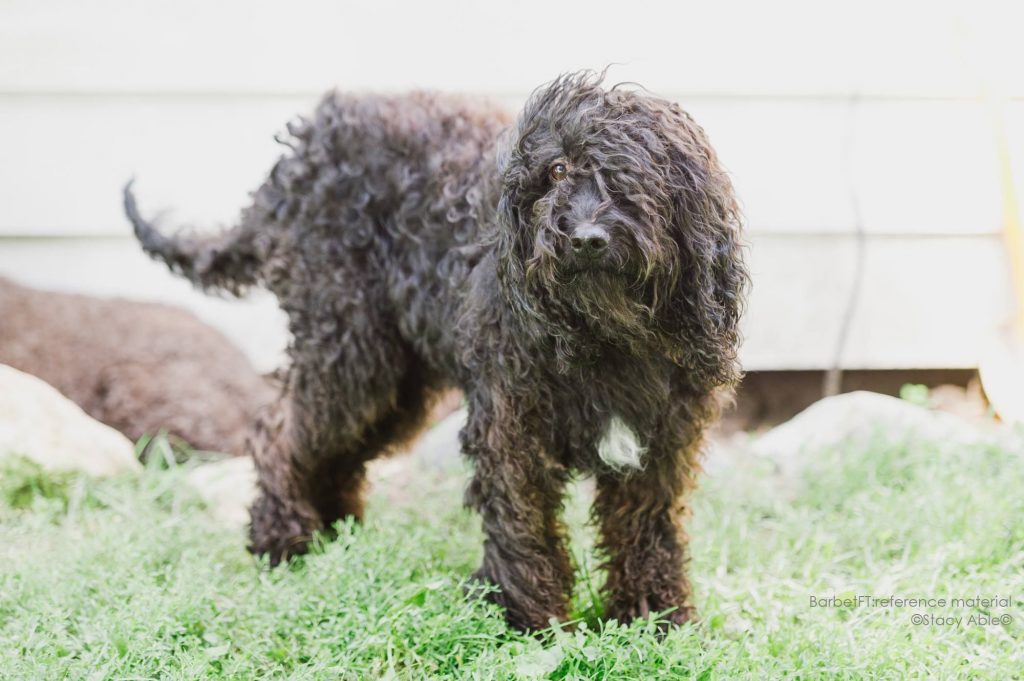 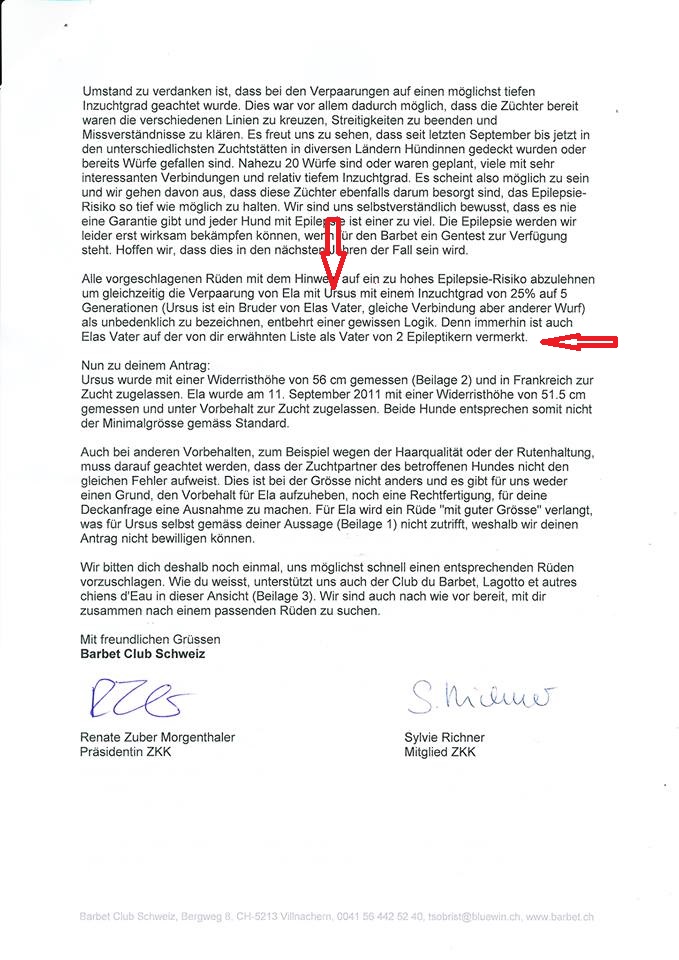 With hindsight…I am not 100% sure, I would go through all this again…

Maybe I should have have a gazillion litters with the 2 same dogs and not ever have any objectives, but to make money.

Maybe I should have lied on the pedigrees, put as much money in the bank, bought clothes to seduce judges at shows and not done DNA or nothing..

Maybe I should have been as nasty as some of the people I have had to deal with over the years?

Maybe, even I should have said they were the ancestors of the Poodle ( which I was led to believe) and they were pure bred years ago..nah..

Problem is, I am too honest and my dogs are too nice for me to lower myself to that  level of pettiness and nastiness which seems to be done alot in dog breeding and with  incompetent breeders. I am at the point just happy I can reap what I sowed with my dogs. It is probably better that way and just enjoy their old age in a healthy state. They have been and are just so great. Shows ta go ya. 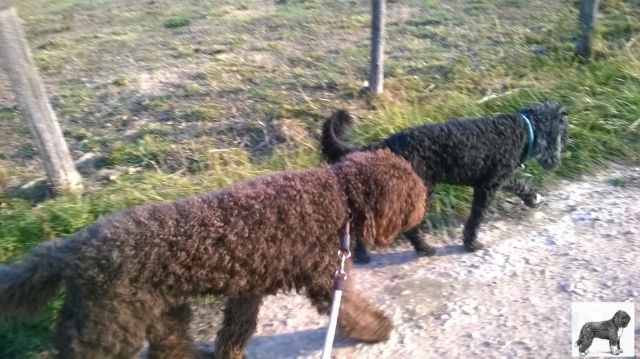 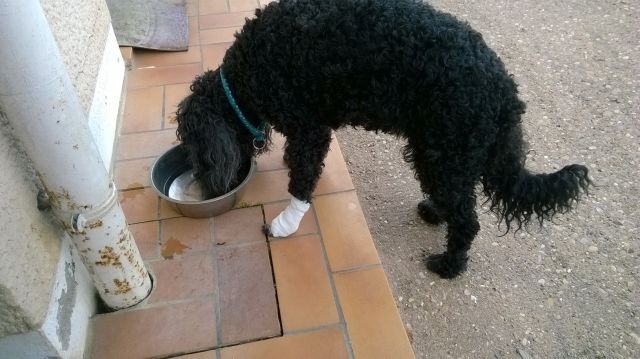 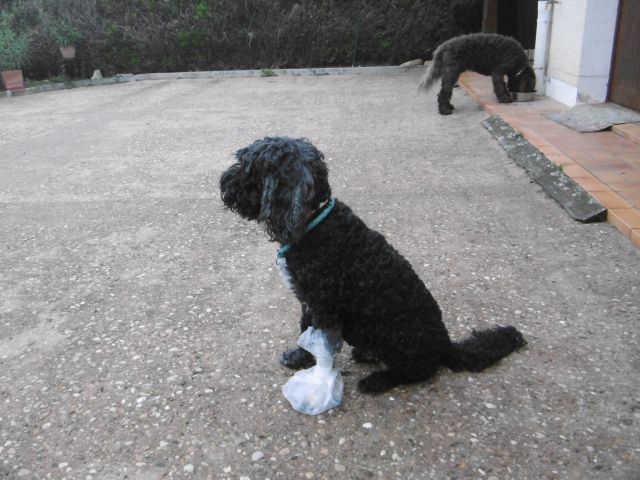 Just in case the grass is wet..

Coccolina had a schwanome on her foot which needed to be removed..All is well, she is very good about it! Stitches will be out..