January 23/2015
Dear Madame Présidente,
A few thoughts I would like to share with you on what has been going on in the last years of behind the backyard games in breed transformation tactics.
You barely see the evidence of narrow-minded breeding ideas written in words. Usually “experts” are timid in expressing such opinions. Maybe they feel under their skin that some things are better done in behind others’ backs. So was the case with Ulysse and his pups, banned from breeding by the “Zuchtpräsidentin”, due to the fact that they were not curly enough. Zuchtpräsidentin got little nervous and even send a letter to the French Club, to make sure they will not step out of the line.
That was a mistake to write a letter and sign it. What a shame for our Zuchtpräsdientin. Years later, the SCC specialists will tell the general public, that Ulysse is a perfect Barbet, which leads You to a conclusion that Zuchtpräsidentin still doesn’t know what a Barbet looks like. In fact if You start with poodles mixed with PWD and two shelter dogs, it may indeed be difficult. Now whenever You try to publish that shameful letter on FB, Zuchtpräsidientin runs for administration to delete it.
Why do You do that? You should be proud of Your hard work.
You may think that one lesson is enough. But no, wherever the old line, the purest line which can still be used, Zuchtpräsidentin steps in, because there is of course as she states “ ONLY one Barbet”.
It seems that there is one Barbet and the second one that doesn’t exist is not curly enough (get the logic). This time it is Ulysse’s brother – Ursus. Ursus sired only two litters in Europe. He is eleven and he is a treasure. This was supposed to be his third. Was supposed to, but it is not going to happen. Why? Well, read the next letter. Zuchtpräsidentin does it again. And things get absurd. Of course the formal reason was only one, but as You can throw some sh– on the dogs, Zuchtpräsidentin will never give up on such opportunity. Too good to be true.
Don’t be fooled. The letter is long, but the formal reason is only one. Of course You may  not understand how epilepsy is transmitted. (a clue for You, wonderrful people: 95% of epilepsy is in SERYNOIRE mother line). But You can all pretend to be an expert. Read the reason of “epilepsy-alert” Ela’s father produced two pups. Ela did not, Ursus did not. But whatever.
If You go deep enough there is always a brother-uncle-grandma of one dog that had epilepsy. The breed is small, and connected everywhere. It is even now getting worse with another bottleneck being created…by? Guess who. You got it.
Now, let us pass the shit-stirring part. And go the real reason (rest is a decoy to make You think they care). The reason why the Zuchtpräsidentin can say “no” to the breeding plan. Ela Samba has breeding restrictions imposed by the Club….because she is 0,5 cm below the standard. Yes that is right – five millimeters. Look at a nail of Your smallest finger, cut in half and there You go this is the margin, which made Ela “not good enough”. In other words in 51,5 cm of Ela Samba her fault is less than 1% of her height below the standard. Pass the comments, If you have ever read any book about breeding, You know what that is called. And because in that land the only thing they care is height and unmanageable curls, ELA can be mated only with the dogs pointed by Swiss Club. Look at her first litters and what was the depth of choice given to a breeder. For the full picture look at Ela’s photo, and go to the stud list of the Club and think again, which dogs should or should not be used. Amongst them, You will find a stud that is 3 cm below the standard (which is not a problem for normal people), who is allowed to breed. Try to guess from what kennel he is? J
Now to close the circle. JC Hermans who wanted to kill what was left out of old lines, modified the standard to ban all those dogs from breeding, by raising up the allowed heights by 10 cm. JC Hermans due to his merits is now a honorary member of Swiss Club. And what his successors have to say “mit gutter Grosse”. And You might have thought that it was over. It aint.
What next? Only Zuchtprasidentin knows, doesn’t she.
I look forward to you answer in the transparency that characterizes breeding Barbets and their different sizes, in your country. What a shame that some will never all be able to work together in their own country and accuse others of not cooperating and sending the breed down the toilet tubes.
Yours sincerely
Elaine FICHTER

It goes without saying that I got no answer, since when one is wrong but plays a double-faced standard, one has a hard time justifying FB likes and answering an email…but “one does get along with everyone” , but not with everyone’s dog, eh.Socutesonice. 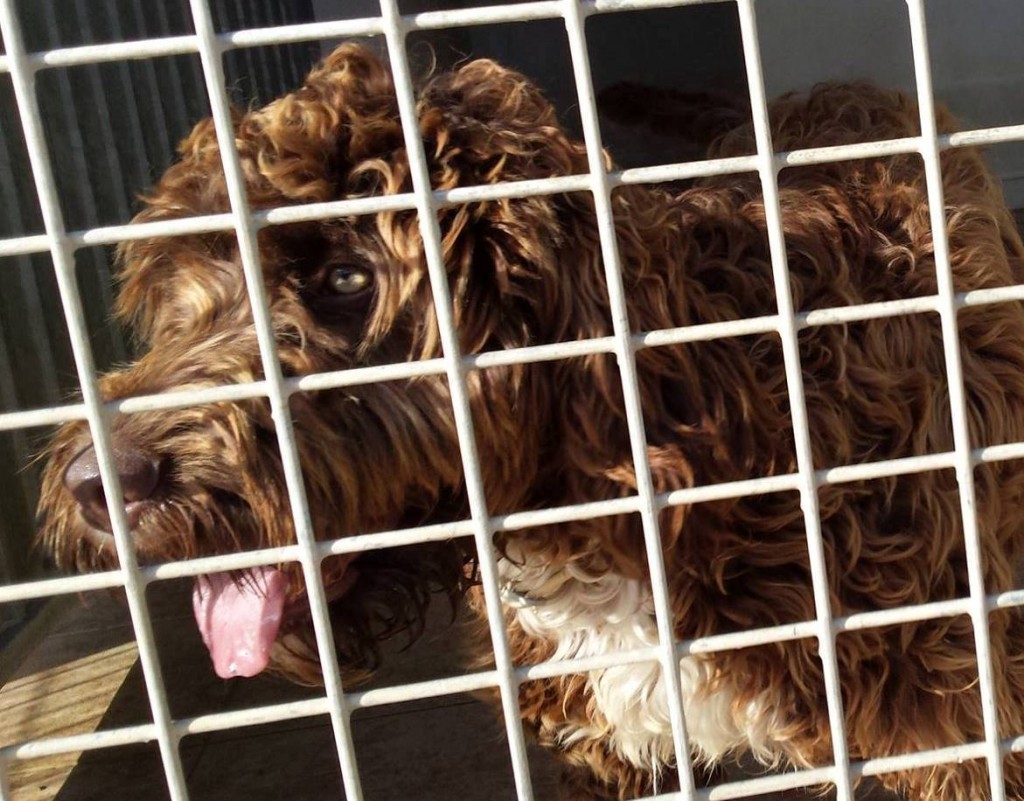 This dog is apparently not a real Barbet, and when I saw the photo, I immediately thought of my Fanny Forigoler. 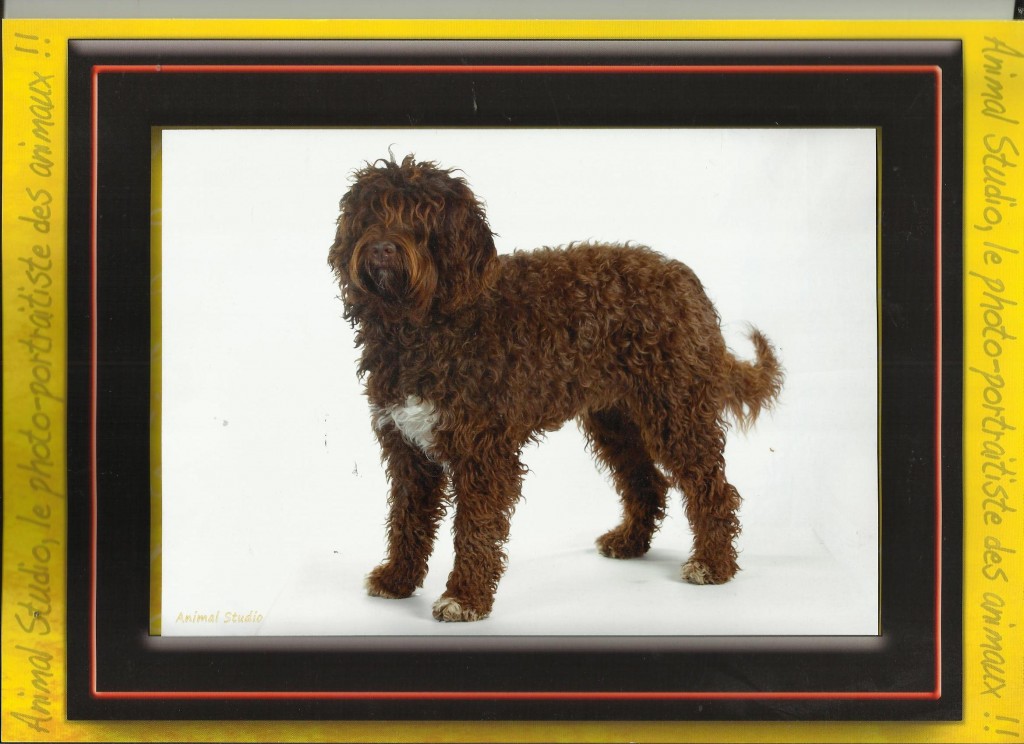 People are having problems with their dogs being identified as labradoodles…but what about this pair? Scary, eh. Does keep you humble when breeding! At least they do both have the nice open loopy curls of a Griffon.

I can’t tell you, so keep coming back to visit so I can show you how active I am with my dogs…just kidding.

…and they don’t even get wet! 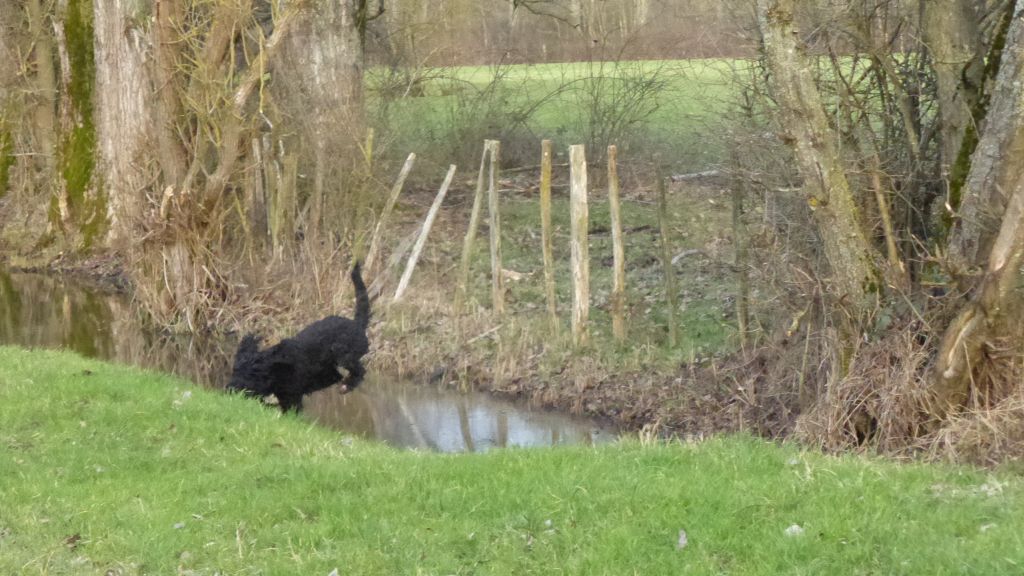 This is where you realize, THEY have not forgotten anything! 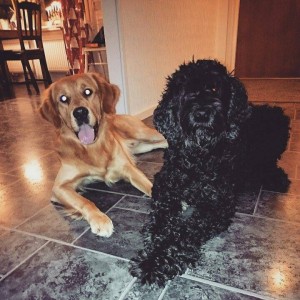 She is not of my breeding, but she is a U litter Barbet and one of the last purest alive. She took after her mother as you can see. Lucky we are that when you have a litter, often a part look like dad and a part like mom. Here mom won. Asa is nearly 10 years old. How time flies…

Did I tell you? These 3 Barbets are imports into France. The production in France is of so so limited, that one has to go farther to find interesting blood…Can you imagine, the country of origin of the breed providing such poor service?

2 from the Netherlands and one from Finland. 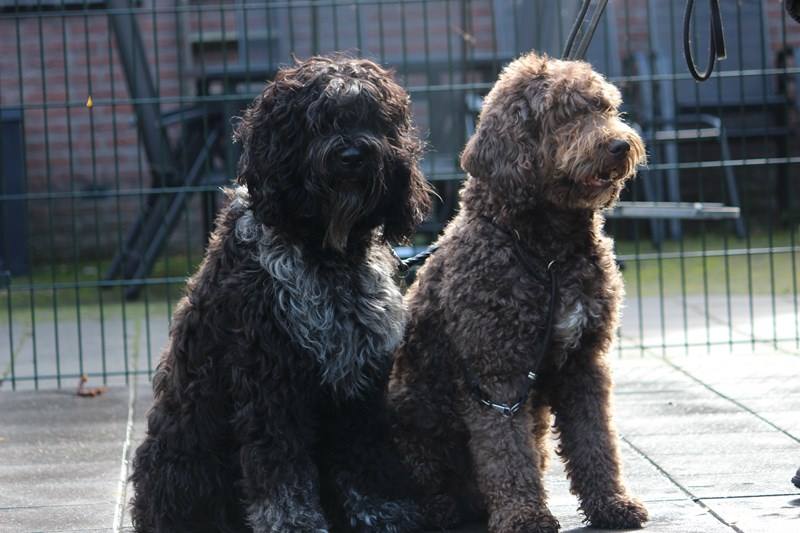 Gigi von der Leibrücke and Borée di Barbochos Reiau de Prouvenco ( I have known him since he was a pup) should be having a litter of Barbets, coming soon…Look at their body langaue. You can see they really like each other! 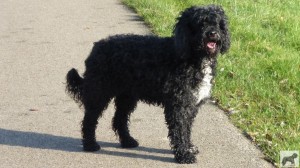 I am ever so proud to announce a litter coming up between Ela Samba de la serve de la chapelle d’Alexandre ( on the right) and Nuphar’s Everything Zen aka Billy( below), says Coccolina! 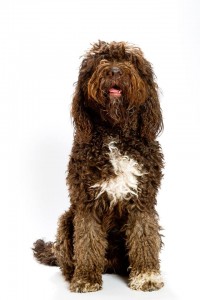 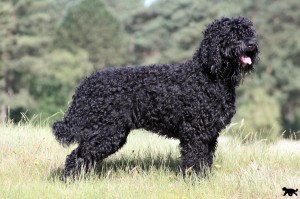