Coccolina x Ungaro…who would have known? One mating only because I only had that one day and a litter of 12 of which I kept 10.

Coccolina: 50 cms of love and kindless. She was refused confirmation atr one point and I insisted and got through for she is through Verveine and Hercule, our link to the past of the breed and who cares that Floirac kennel is not mentionned. We show the type that goes back and that we want to represent the breed!

2 Champions: Colleen in Sweden and Compay II in France… and many descendant champions as Gaia in Finland recently. Good show results, healthy puppies who grew into very nice typed Barbet as I dreamed…. 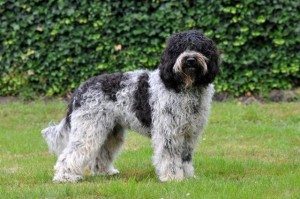 …and a heck of a lot of beautiful  litters( 88 pups, so far) and they have also reproduced. Coccolina being grand mother and great grandmother of very Barbet as I see them, typed, pups.

Through their Spanish Water Dog association they got from Ungaro’s side they contributed to colors coming back into the breed: sand and white and black and now lots are using the progeny to breed color ( and smaller sizes). They have nice coats, manageable and kept long according to standard for most.Some have the natural hunting instinct. 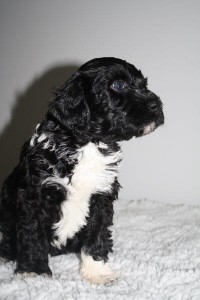 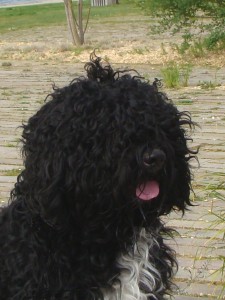 From France, they have gone around the Barbet world, to Sweden, Finland, the UK, The Netherlands, Germany and Poland.

I am sure I have missed something, but those who know my dogs, know they are real beauties and well in the type and that is why they are in such demand. 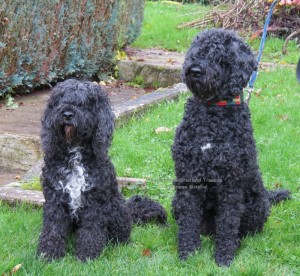 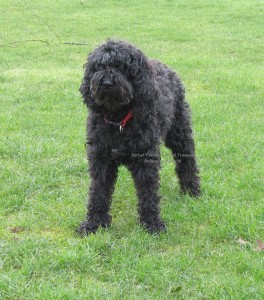 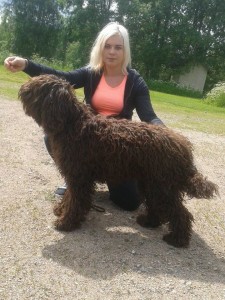 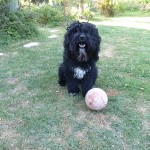 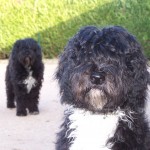 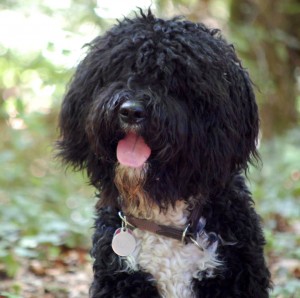 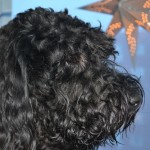 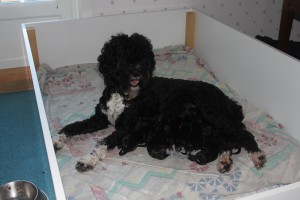 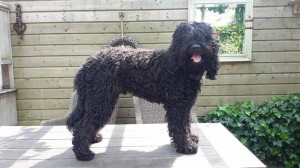 Today, June 26th, a litter was born to Beaudine von der Leibrücke, in the Netherlands. It is her second, so we will have to add to the long list that makes up this line. The work comes from all the owners and the dogs who do thier best to put forward this wonderful breed.

Happy birthday and many many more!!

Have lots to tell you but not much time…

After having her cast for one week…shz has adapted quite well, wouldn’t you say?