I think it’s a shame not everyone has agreed with what this man has written about breeds in general. It would then mean that the guilty parties who are working on changing the face of the breed, as far as we are concerned, are at least aware of the damage they are doing to the Barbet or Vieux Barbet. This is applicable to most countries since many clubs are extremely weak and not well enough (let’s say not at all) informed and are manipulated on to handle a breed, especially a rare one meaning the Vieux Barbet and are just too keen on doing what they are told to (it’s easier), for lack of competences and do “without thinking”.
We have created a generation of brainless people, useful idiots, but you know that.

When a person can openly criticize an international judge for being incompetent because of being from a country that does not have a particular type of Barbets, or any for that amtter, on a public blog, then we have gone to the next step of public slander, a specialty of this particular group of people.

The Barbet Moderne is a rare breed for lack of numbers, only. It’s not a breed threatened with extinction since it was created in 1980. Those people are using information that is misleading and false to advertize and sell dogs. 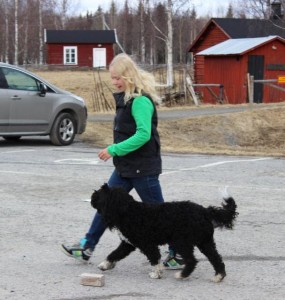 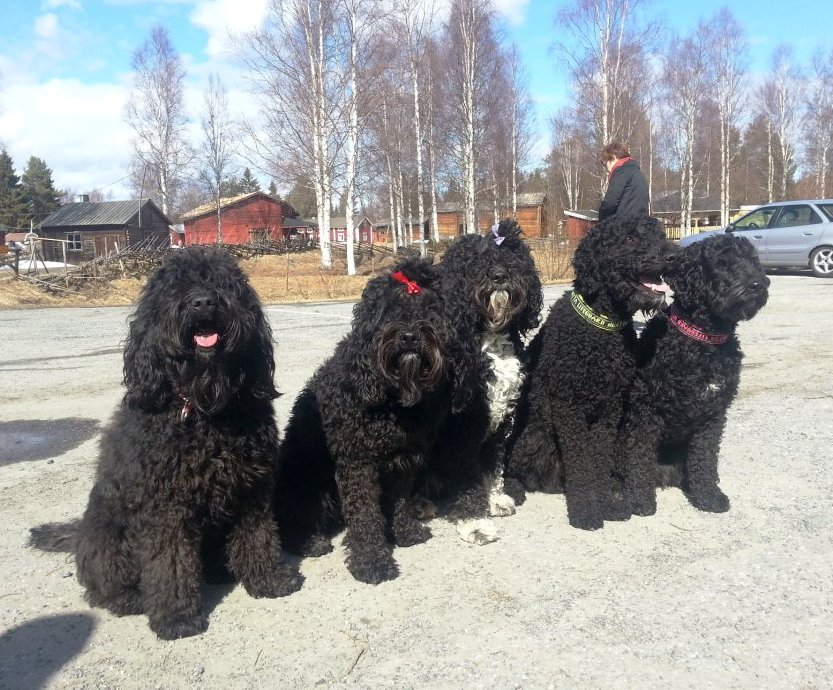 What is interesting is the parallel drawn between a litter in Switzeland and this one, and how a club’s incompetence is able to destroy a breed as it does itds best to follow our Ukase’s* suggestions. When a pattern is repeated, it becomes suspicious.

When you look at the photo of them as adults, you can well see the diversity in the breed with 2 different varieties in the line.Depending on how there were to be married, this is where the line can go to Poodles or stay with the Griffon type.

* Names have been changed so as not to create national tensions. 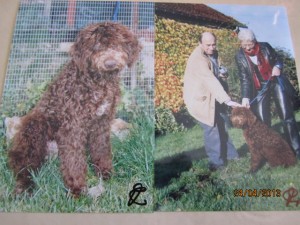 Bacchus as a pup
If he looks a lot like a famous Italian line we all know and appreciate, then bingo!
He is a son of Poppenspaler’s Vincacao and Carlotta Corday. He has been used only once. Reims is not an easy place to get to, but once you get there you won’t want to leave the Champagne country it is in.
His progeny is in the UK and they are all doing well.
B hips
56 cms
He can point like a real gundog and amazes everyone! 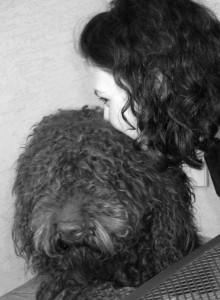 Ewetoo de la serve de la chapelle d’Alexandre lives in Alsace, near Mulhouse. He is also the son of Poppenspaler’s Vincacao, which is no small feat!
He has never been used. He is fine and healthy.
B hips
54 cms/ 23 kgs
Brown
TAN, loves water and retrieves like a charm.
He is a charmer…
Contact: Mr or Mrs Wach
<wach.jean-paul@wanadoo.fr>